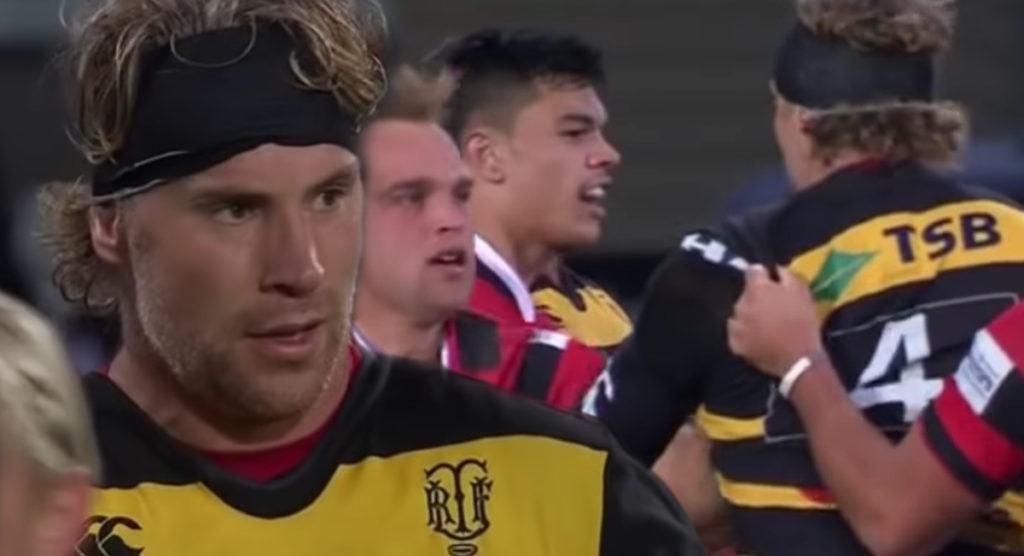 Taranaki second row Jarrad Hoeata has never been one to step back from a physical confrontation, so when young Tom Christie took him on in Christchurch, he didn’t take too kindly to it. He was the first player to be sent off in the Mitre 10 Cup this season.

Hoeta was sent off in just the 5th minute of the match, which led to his side going down 41-7.

The melee involved players from both sides but was mostly push and shove before 35-year-old lock Hoeta threw what appeared to be the only real punch, at 19-year-old flanker Tom Christie.

Referee James Doleman had little sympathy for what some might have considered to be an old-fashioned getting to know one another. Players in the background could be heard trying to influence his decision, saying “It’s just a bit of wrestling”, but he was having none of it.

“There’s a push away from you, you’ve then punched him, and it’s direct contact to the head, so it’s red,” said the referee, before showing the red card.

That killed the contest, with Canterbury running in six tries to one for a bonus point victory.

There was, however, another twist later in the game as replacement Canterbury prop Daniel Lienert-Brown was also red carded. He was sent from the field after he head-butted Taranaki hooker Ricky Riccitelli, who had pushed him from behind.

There will no doubt be ramifications for both Lienert-Brown and Hoeata, the likes of which we will find out and update in the next few days.