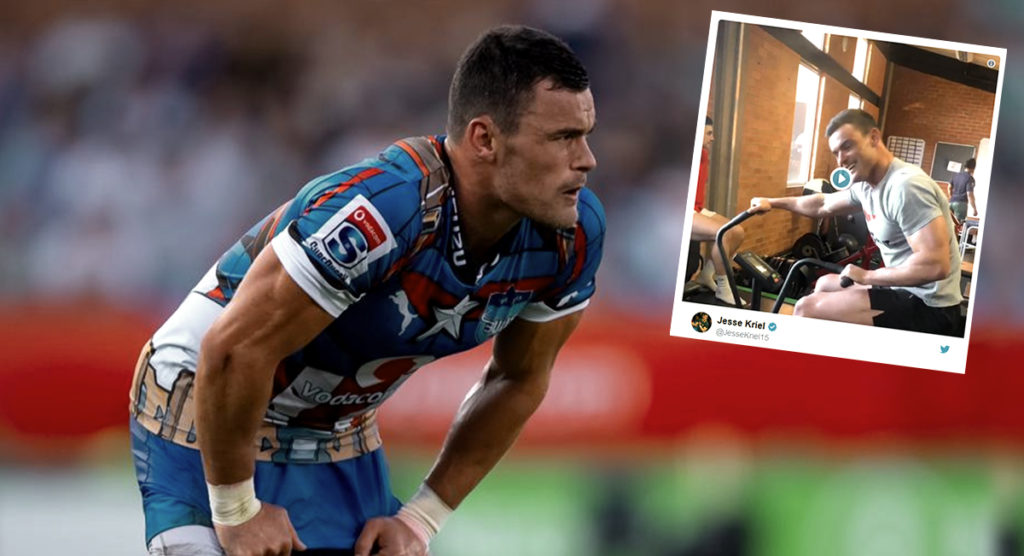 There is no rest for Springboks and Bulls centre Jesse Kriel, as only four days after having surgery for torn ankle ligaments, he is back in the gym.

The 25-year-old only injured himself last weekend against the Sharks, but shared a video of himself on Twitter using an air bike, with his ankle in a boot.

Kriel is one of South Africa’s fittest and hardest working players, and this video shows his dedication.

Despite probably being out for the rest of the Super Rugby season, Kriel is obviously intent in staying in the best physical condition he can. This will be imperative with the World Cup in September, as this will allow him to have the longest time possible to work his way back into form.

You can learn more about Kriel, a twin, in this insightful piece that tracks his path to the top of international rugby