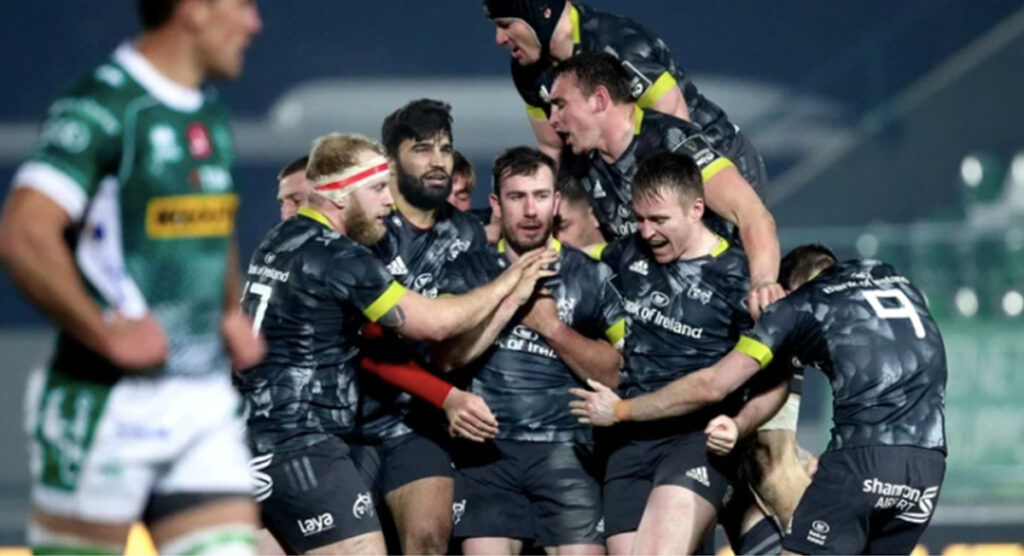 Munster were in very real danger of dropping their Pro14 match against a winless Benetton at Stadio Monigo over the weekend until a last-gasp drop-goal from JJ Hanrahan saved them with the 18-16 victory.

Benetton has remained winless since December of 2019 and were somewhat unlucky this time out after taking a 16-15 lead into extra time.

Munster initially took a 12-0 lead, before the hosts fought back. A try from Leonardo Sarto in the 71st minute looked to have finally secured an elusive win for the hosts.

However, Hanrahan had other plans.

Head coach Johann Van Graan said: “Benetton worked very hard. We stuck to it right until the very end and for Munster, it is never over until the final whistle goes… So for JJ to get that score was just marvelous.”

After this result, the two squads remain on the opposite ends of Pro14 Conference B. Munster now sits 15 points comfortably ahead of Connacht.