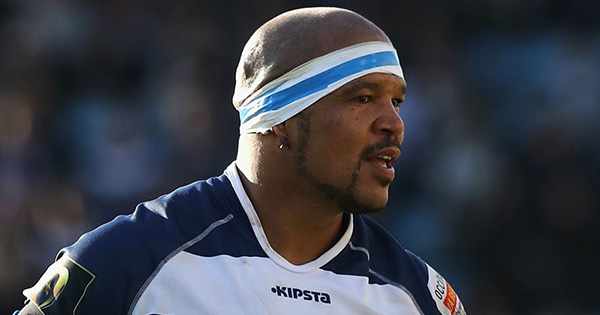 Castres hooker Jody Jenneker found himself on the wrong end of referee Romain Poite in Saturday’s victory over Toulouse. Jenneker took exception to a swinging arm from Maxime Medard and then retaliated in much the same fashion, obviously taking things a bit too far.

The scuffle occured on the back of what happens dozens of times over the course of any match, with bodies flying in for possession. In fact, Medard has teammate Talalelei Gray to thank for the first shot to his head with his inadvertent head-butt.

Almost immediately, Medard took another shot across the head from the clearing Jenneker and decided enough was enough, striking Jenneker. Then in the face of Jenneker’s aggressive retaliation, Poite was left with little choice but to issue a card, the colour of which has been the subject of some debate.

His exit ultimately had no bearing on the match as Toulouse couldn’t capitalize on the advantage. Despite losing a player, Castres emerged victorious 23-11, thanks in large part to a brace of tries from Armand Batlle.

Castres return to the Top 14 semi-finals for the first time since 2014 and now face Champions Cup finalists, Racing 92.