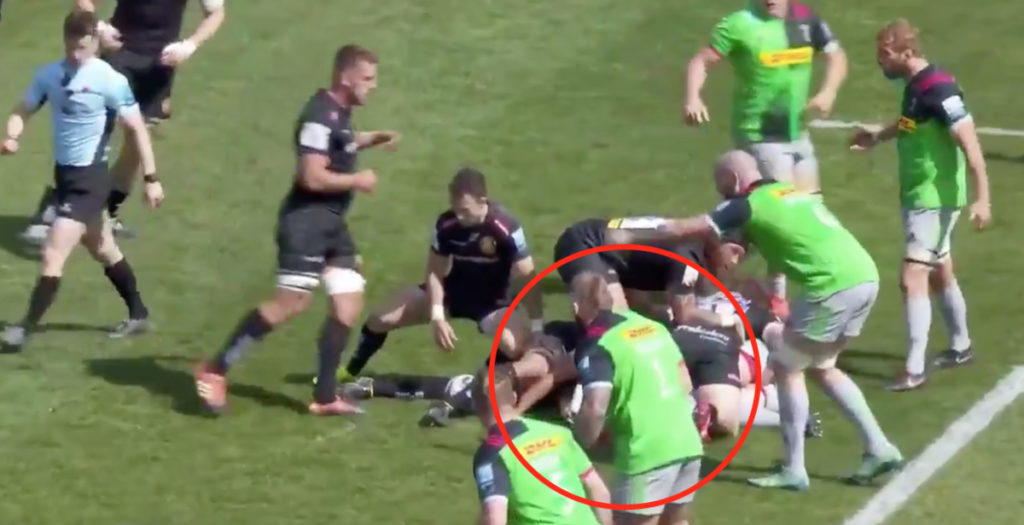 Harlequins prop Joe Marler produced yet another moment of comedy gold against Exeter on Saturday when he verbally abused the opposition half back.

The 28-year-old was stood in the defensive line waiting for ex-Wallaby scrum half Nic White to carry out a box kick, when he lost his patience.

Marler then shouted: “You’re f*cking boring me, hurry up!”.

Fortunately for us, his voice was picked up on the ref mic and streamed live on BT Sport for all to hear, adding to the list of comical moments throughout his career.

Nic White takes his time over a box-kick clearance…

“YOU’RE BORING ME HURRY UP!”

For viewers outside the UK, here’s another version:

Marler recently made other headlines for his humorous responses to Israel Folau and Billy Vunipola via Twitter over their stance on homosexuality and alcohol abuse and the former England prop is now recognised as one of the funniest blokes in the game.