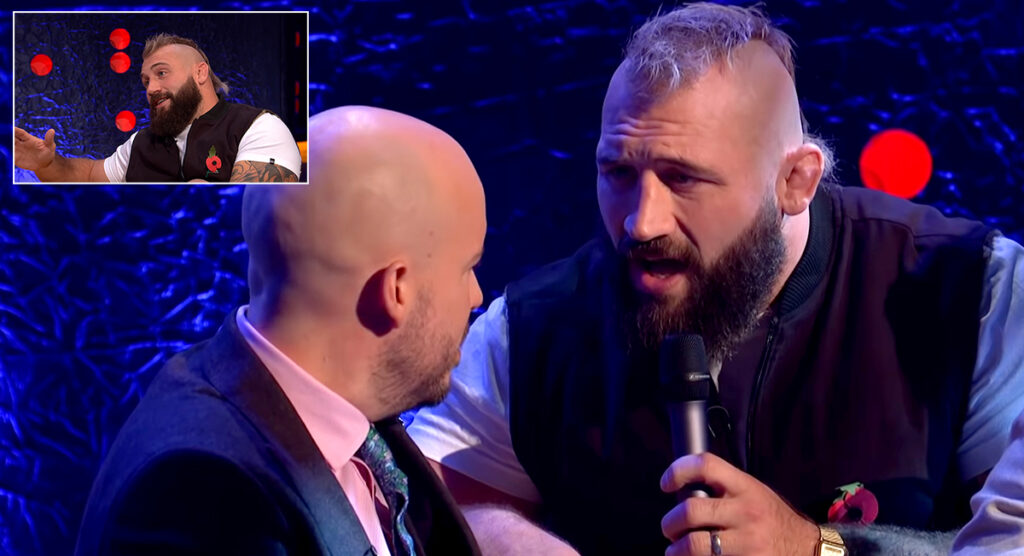 A few members of the England team made an appearance on ITV’s The Jonathan Ross Show this past weekend, discussing all things rugby and all things Rugby World Cup. As always, front-rower Joe Marler, in particular, was in fine form.

Ben Youngs, Tom Curry, Manu Tuilagi and Marler all got on the couch with Ross, talking in particular about that now infamous Haka response, the one that got them fined after they crossed the sacred 10 meter line.

Marler was apparently to blame after not quite understanding what it was they were meant to do.

They then had a go at lifting comedian Tom Allen in a line out, a hilarious sequence that didn’t quite go to plan.

MARLER AND CURRY LIFT TOM ALLEN IN A LINE-OUT

Marler then, never one to shy away from the camera (and microphone), serenaded Allen with a rendition of Adele’s Hello. As you do.