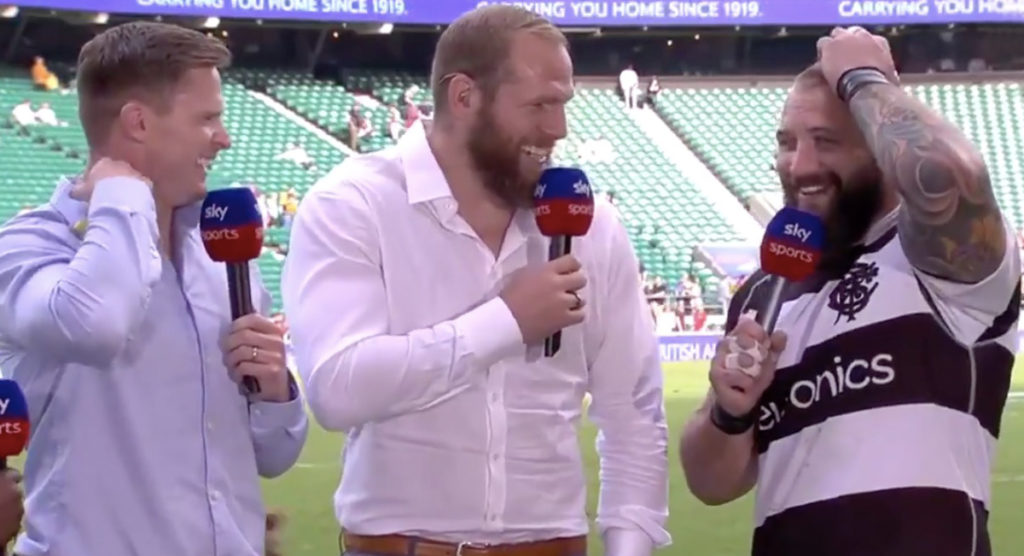 Former England prop Joe Marler said he had the best week of his professional career while training with the Barbarians.

The Harlequins loose head started for the touring side at Twickenham on Sunday where they played an England select XV in an epic end-to-end game.

The match finished 51-43 to England and Marler, who quit international rugby in September 2018, joined the Sky Sports pundits after the final whistle along with his three children (UK/IRE only).

“It’s the best week I’ve had playing professional rugby because it was very unprofessional,” said Marler.

“We need things like this [the Barbarians] to remember what the core values are. I loved every minute of it.”

The match at Twickenham had lots of standout tries from both sides but here are a few of the best picks.

There was also lovely a try for ex-Wallaby captain James Horwill from a cross field kick as well as a conversion attempt to mark his last ever game of professional rugby.

A privilege and honour to represent and captain @barbarians_fc. This week has been arguably one of the most enjoyable of my career some great memories! Anyone who says that the baa baa’s has no place in the modern game has obviously never been a part of this special club 🐑🐑 pic.twitter.com/LQ8AacE5Ih