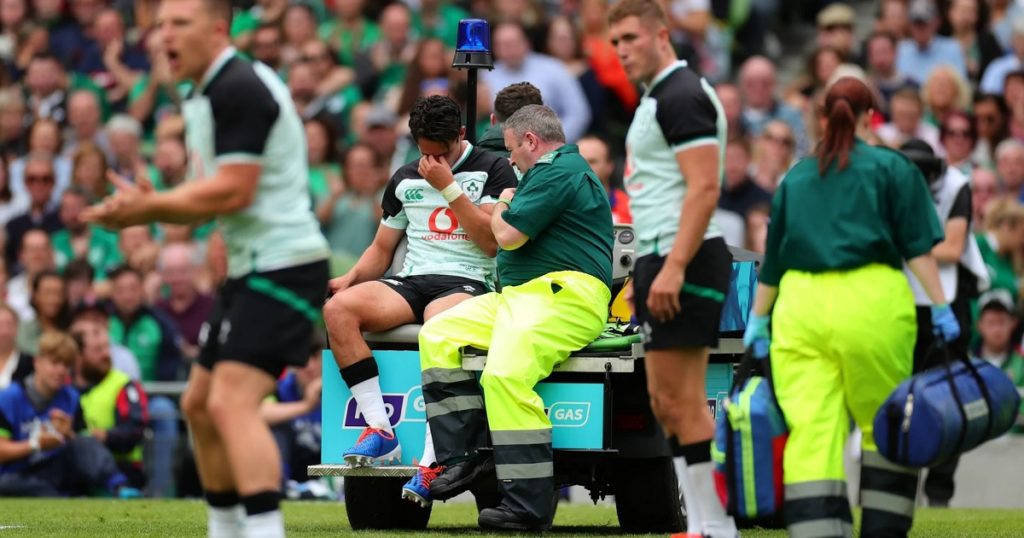 Ireland recorded a comfortable 29-10 victory against Italy in the first European Rugby World Cup warm-up match in Dublin on Saturday, but have been left to sweat over a worrying ankle injury for fly-half Joey Carbery.

Carbery was taken off in the second half, having earlier scored a try, with a nasty looking injury and was replaed by Connacht’s Jack Carty.

Ireland head coach Joe Schmidt later revealed that Carbery had not sustained a fracture to the ankle, with ligament damage the likely end result.

“The good news is that he has had an X-ray and it is not a fracture. We will give it time for the swelling to go down,” said Schmidt.

“It looks like a ligament injury, the ankle looks pretty stable and we would be hopeful it is not too bad.”

Ireland ran out convincing winners in the end despite a lively start by the Italian visitors which left the Azzurri leading after a fifth-minute try from Maxime Mbanda.

The home side responded with scores from Carbery, Dave Kearney, Andrew Conway, Jordi Murphy and Kieran Marmion to record their second win over Italy this year.