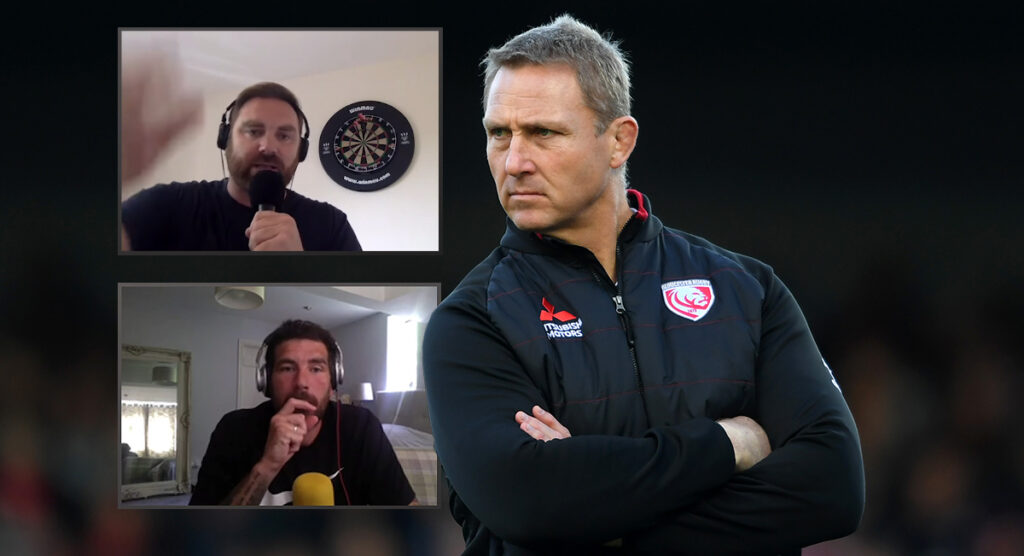 Gloucester announced late last week that Head Coach Johan Ackermann was to leave the club with immediate effect, to continue his career in Japan. The reasons for his fairly abrupt move have been speculated by many, with The Rugby Pod now weighing in.

The 49-year-old spent three years with the cherry and white, taking them to a European Challenge Cup final in his first season in charge.

Director of rugby David Humphreys said: “While I’m sorry to see Johan leave Gloucester Rugby, I fully understand his reasons for doing so.”

Ackermann said of the departure announcement: “Being head coach of Gloucester Rugby has been a tremendous privilege for me and I have loved every minute of it. Working with such a fantastic group of players and coaches has been a great experience.

“Gloucester Rugby fans are a truly unique group and I will always cherish the memories I have of being at Kingsholm. I wish the club nothing but the best.”

Gloucester said in a statement they would use the delay caused by coronavirus to assess the future of their coaching and playing department.

Fans have speculated about the reasons for the move though, so Jim and Andy have weighed in on the topic, as seen below.

David Havili has been banging on the All Blacks door for a few years now. Ironically, it could be that his move away from his favoured position of fullback that finally elevates him back into the national squad for the first time