Chris Latham was an absolute bonified legend on the field of play. Besides being known as a prolific try scorer on the pitch, according to his Wikipedia page, he hasn’t stopped scoring off of it.

After hanging up his playing boots, the superstar full-back turned his hand to coaching for a while, most recently at American side Utah Warriors. Unfortunately his stay didn’t extend long, after joining in 2019 it was just over a year later in January 2021 that Lathan decided to move on.

At the time Latham expressed his gratitude for the opportunity:

“Leaving the Warriors has not been an easy decision. I have the utmost respect for the organization, and I am proud of the progress the team has made in a short period of time,

“The roster for 2021 has the talent and experience to be the MLR Champions, and I have no doubt that’s where the team will be at the end of the season with Shawn at the helm.”

If this Wikipedia entry is anything to go by, he’s been VERY busy since: 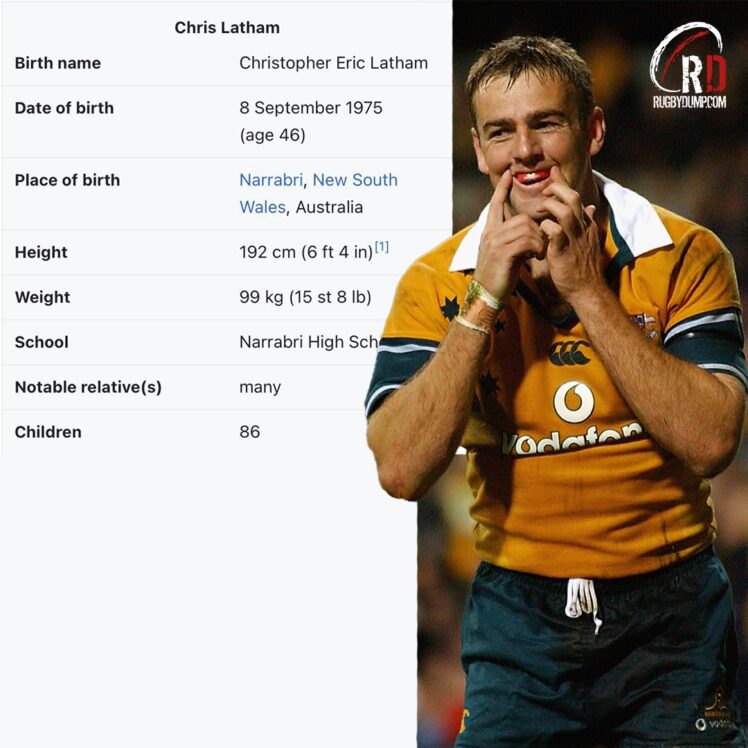 While we’re all very reluctant to believe the Aussie great does father 86 children, if it’s not a Wikipedia prank, then we’d love to know how he kept this under wraps…or didn’t!