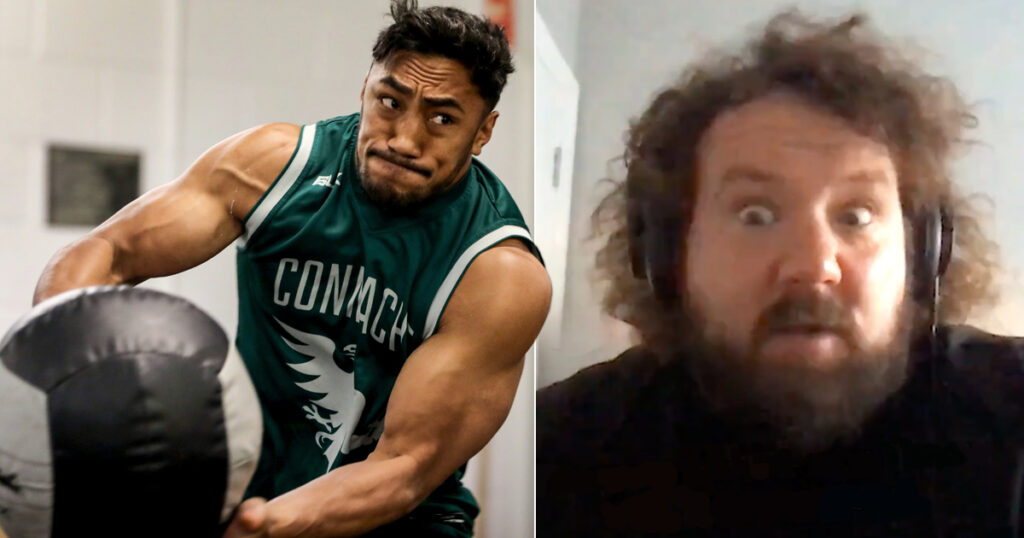 Two-time British and Irish Lions tourist Adam Jones has predicted Warren Gatland will start Robbie Henshaw and Bundee Aki in the centres to “go fire with fire” with South Africa this year.

Gatland named his 37-man squad last week to face the world champions this summer, and the midfield has proven to be an area that not only included some surprise inclusions but is up for debate as to who will wear the No.12 and No.13 jerseys.

Robbie Henshaw, Bundee Aki, Chris Harris and Elliot Daly were the four centres selected, with Owen Farrell also an option, which means the likes of Jonathan Davies, Garry Ringrose and Manu Tuilagi were not called upon by Gatland and his coaching team.

The Harlequins scrum coach Jones expects the Springboks to start either Damian de Allende or Harlequins’ André Esterhuizen, who Jones will know well, at inside centre, and therefore feels the Lions should try and match them physically.

“I think they will go Henshaw at No.13 and Bundee Aki No.12,” the 100-cap former tighthead said on the House of Rugby podcast this week alongside Lee McKenzie and Sean O’Brien.

“My reasoning behind this is [South Africa] are going to come with an absolutely gigantic inside centre, whether it’s de Allende or maybe André Esterhuizen if he gets picked.

“I think [the Lions] will want to go fire for fire with them. So you go Bundee Aki, big lump, hard, gets you over the gain line, which Gats loves.

“I just think Aki and Henshaw are going to be the pairing.”

"I think they will go Henshaw 13 and Bundee Aki 12. They'll want to go fire for fire with South Africa."

O’Brien also suggested that Gatland may opt for Farrell at inside centre with Henshaw outside him, but expects South Africa to be direct in the first Test to see if the Lions can “stand up to them with that type of challenge”.