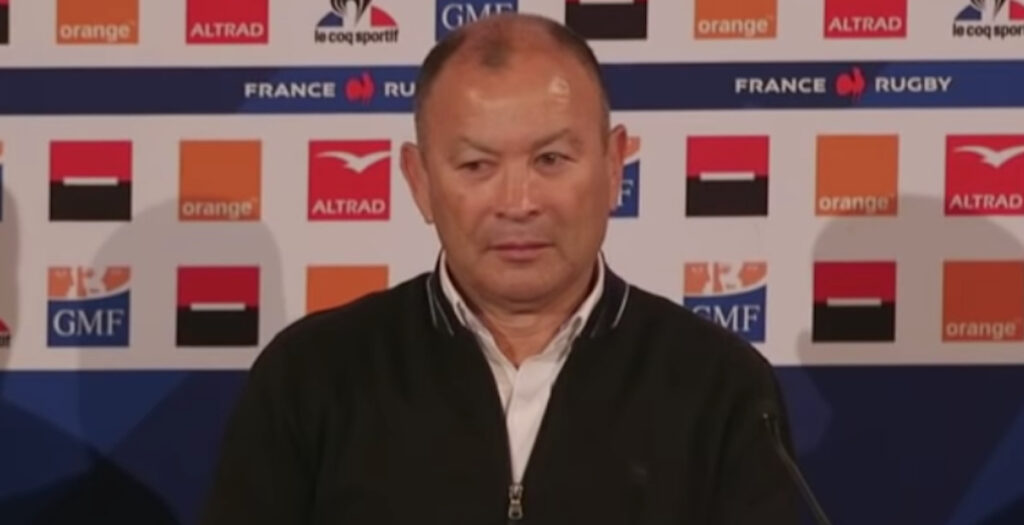 England head coach Eddie Jones expressed his disappointment at England’s first half against France in the opening round of the Six Nations on Sunday.

England found themselves 17-0 down at the beak at Stade de France and despite winning the second half, the World Cup runners-up lost the game 24-17.

“We weren’t good enough in the first half,” said Jones. “We didn’t win the gain line but I was really pleased with our second half because it was a game that could have got quite ugly for us.

“I think we should be giving France some credit because they’re a young team and there’s a bit of a renaissance in French rugby and we didn’t match their intensity early on.”

France’s second try came after a bit of confusion between referee Nigel Owens and England as several players including Jonny May stopped running as they expected the whistle to blow, only for captain Charles Ollivon to run over the try line.

Shocking from england here. Why is jonny may not tackling?

Jones added: “You always get taught to play until the whistle blows and I actually thought he blew the whistle at one stage. So it’s a mistake we made and we can rectify that.”

Jones also jumped to defend number eight Tom Curry, who made his international debut in that position having made his first handful of caps at open side flanker.

Anyone want to let Eddie know he should have picked a number 8?! Dombrandt, Simmonds or Earl, no Eddie you know

“It was his first test at number eight so he experienced some issues, but I see this as a longer term project for us and we feel he’s going to turn into a very good number eight. Today he had a few problems like the rest of the players.”