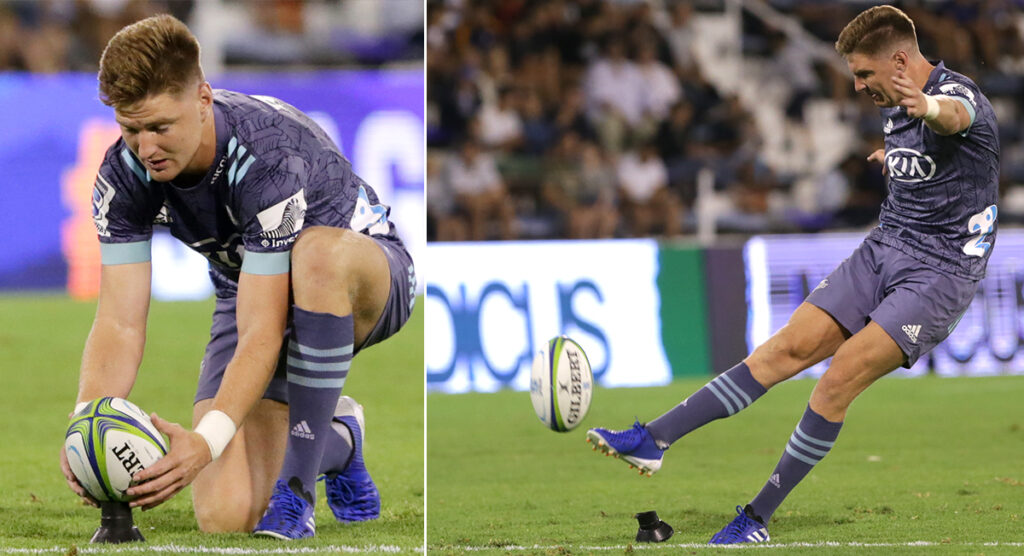 Jordie Barrett is no stranger to freakish kicks. On Saturday night, he smashed a 63-metre penalty that helped the Hurricanes get into the win column with their 26-23 win over the Jaguares in Buenos Aires. The attempt topped Dan Carter’s 2006 shot at the longest kick by a New Zealander.

Within the first five minutes, the Jaguares were penalized at a ruck, thus giving the Hurricanes fullback his chance. Even after the referee moved the ball further back, Barrett sent it into orbit and it – without a doubt – would’ve sailed through the uprights from much further out as well.

😲 An absolute rocket from Jordie Barrett! 63 metres with ease.

First, Dan Carter’s in 2006 for the All Blacks against the Springboks in Pretoria (at altitude).

Then, in 2010 Luke McAlister unleashed this monster in the New Zealand Provincial Championship (called ITM Cup at the time). It may have actually been longer than Carter’s, and was thought to be 62m or 63m at the time.