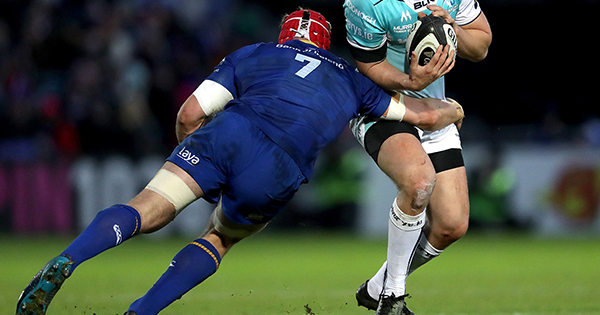 In case you missed it, Leinster’s Josh van der Flier made a record breaking 34 tackles during their PRO14 clash with Connacht. That’s officially a tournament record, the highest number of tackles made in a PRO14 match since stats began to be tracked by Opta in 2010.

The incredible part of this achievement is that he didn’t miss a tackle either.

You can see each one of those 34 tackles below, aided by the bright red headgear he wore.

Leinster and Ireland flanker Sean O’Brien has called it a ‘super-human’ effort.

“Yeah, it was phenomenal so it was. He has a serious engine in fairness to Josh. He works incredibly hard, is a great professional and he puts in big shifts every week he goes out.

“It’s super-human and I don’t think it will be broken for a long time – unless he breaks it himself again,” added O’Brien, whose own record is reportedly just 23, set in 2001.