Julian Savea on the rampage as Wellington reach final 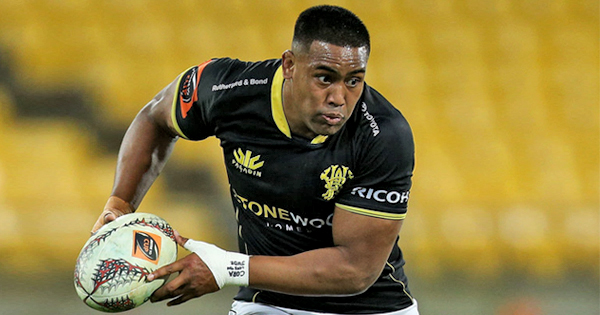 Wellington advanced to the Mitre 10 Cup Championship final thanks to a six-try 49-21 win over Northland at Westpac Stadium earlier today. Julian ‘The Bus’ Savea was back in fine form as be burned and bumped defenders to help Wellington’s powerful second half charge.

Despite the win, it’s been a long time since Wellington have captured silverware, so celebrations were muted as they still have a big job to do.

“We’ve got to keep our feet on the ground. History tells us we can’t win, so that’s the inconvenient fact,” said impressive wing on the night, Savea.

“It would mean everything. It’s an exciting challenge and we shouldn’t take it as a burden… we’ve got to relish it,” Savea added.

He played his part to show some sensational form, putting his hand up for the All Blacks coaches.

He set up Trent Renata with a sublime run down the wing, and linked well in midfield too. He also picked on anyone he could find, with some strong carries, including this one shown above.

While Northland started the better of the two sides, the hosts managed to pull things back through Tolu Fahamokioa, Regan Verney and Wes Goosen, who picked up a brace on his 22nd birthday.

Verney’s try in particular was freakish, as he had to run around the posts then back in field to collect the pass from Jackson Garden-Bachop that was initially meant for him.

Wellington now wait to see who they will meet in the final, as they face the winner of Saturday’s semi final between Bay of Plenty and Otago in Tauranga.