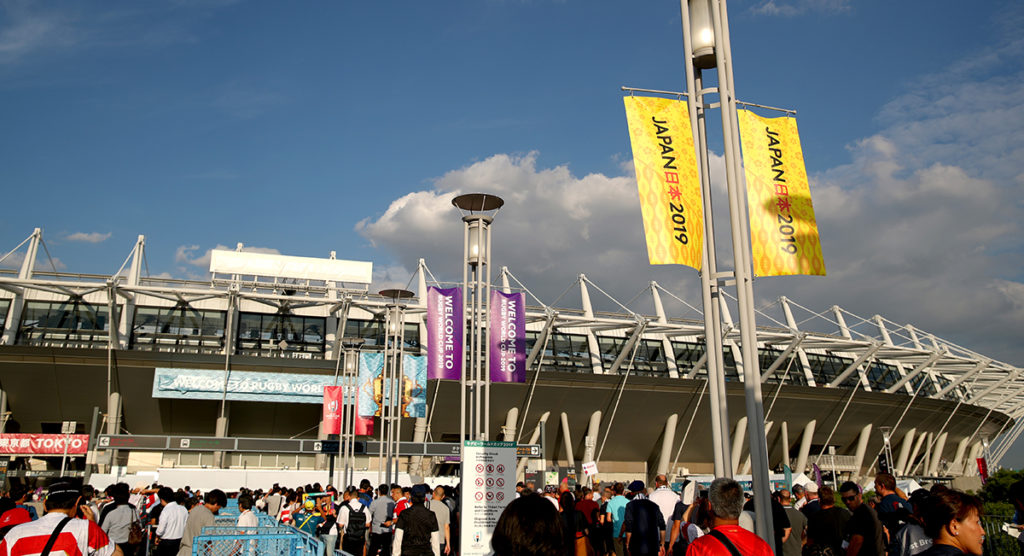 With Rugby World Cup 2019 kicking off shortly, it’s been announced that 96 per cent of the tournament’s 1.8 million tickets are now sold, with more than 30 per cent of sales coming from international rugby fans who have been arriving in Japan in the tens-of-thousands.

Host nation Japan take on Russia at Tokyo Stadium in the opening fixture, as millions of fans around the world are set to tune in via their host broadcasters.

Fans in attendance in Japan, based on ticket purchase data and official travel and hospitality programmes, will be majority England fans.

They are expected to make up 22.5 per cent of the foreign fan contingent, followed by Australia with 15.9 per cent and France with 7.7 per cent.

The sixth largest international group is the USA with 5.2 per cent and South Africa rounds off the top ten with 2.8 per cent, demonstrating the global appeal of rugby’s showcase event.

The remaining 160 countries comprise a total of 25.9 per cent, with fans coming to Japan quite literally from the four corners of the globe, from Russia in the north to Antarctica in the south.

The opening match between Japan and Russia at Tokyo Stadium kicks off at 19.45 JST (11:45 BST)