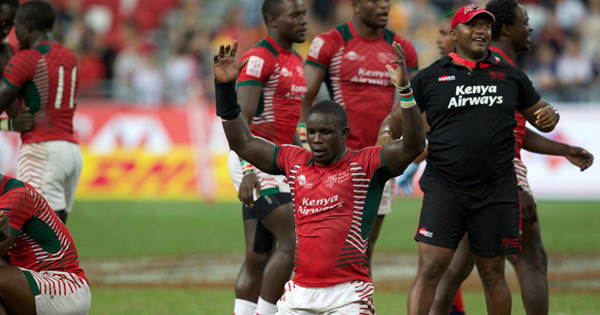 Kenya have produced a stunning effort to upset Fiji in the Singapore Sevens Cup Final to win their first ever World Sevens Series tournament. The 30-7 victory came about from four unanswered tries in the first half, including two by talisman Collins Injera.

Kenya have finished as runners up twice before, but the historic win was secured with another two tries in the second half, as Fiji – who put in a huge effort to beat South Africa 26-21 in the semi final – only managed to score a consolation try through Jerry Tuwai.

Congratulations to Kenya after a monumental performance. More from the Singapore Sevens soon