He's known for having 'SMASH' on his forearm, but has now been banned for using it 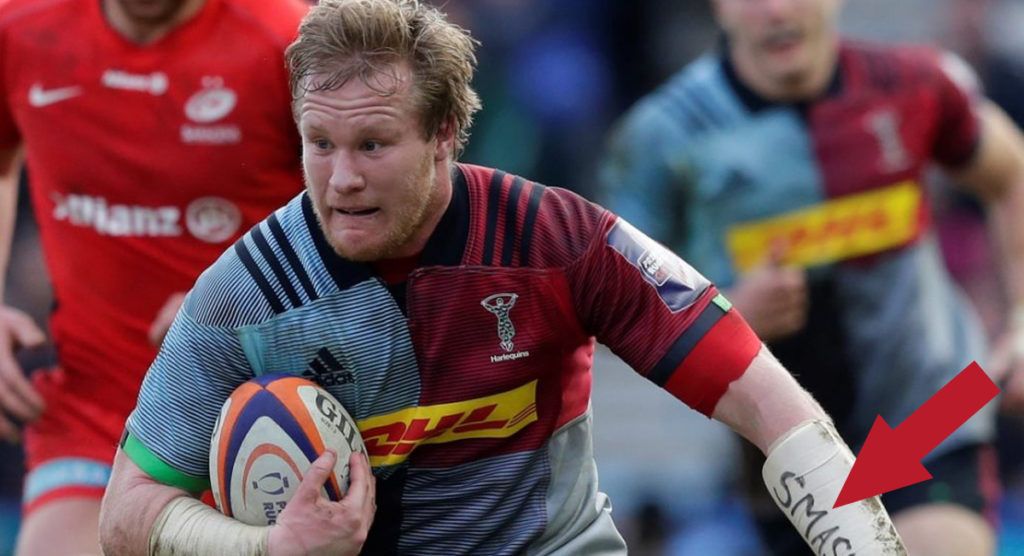 Harlequins and Namibia forward Renaldo Bothma appeared before an independent disciplinary hearing this evening after he was red carded by referee Wayne Barnes for striking against Saracens in the last round of Premiership Cup rugby.

Bothma, who garnered much attention for having the word SMASH written on his forearm brace at the last Rugby World Cup, was carded and later charged with striking, contrary to Law 9.12.

Capped 16 times for Namibia, Bothma lifted his left arm into a ball carry and made contact with the face of the Saracens defender in what was deemed a dangerous carry by Barnes, as well as tonight’s disciplinary committee.

The South African born loose forward accepted the charge and was given a four-week suspension by the independent panel. Bothma is free to play again on 12 March 2019.

Panel chair Philip Evans QC said: “The player accepted the charge at the earliest opportunity and that he had made contact with the head of the opposition player. The mandatory mid-range entry point was therefore applied.

“As a result of the player’s disciplinary record, he was not entitled to full mitigation but was given two weeks credit for his plea, immediate apology on-field and remorse.”

In 2017 Bothma was suspended for four weeks for a swinging arm when playing for the Bulls.

He's known for having 'SMASH' on his forearm, but has now been banned for using it | RugbyDump - Rugby News & Videos