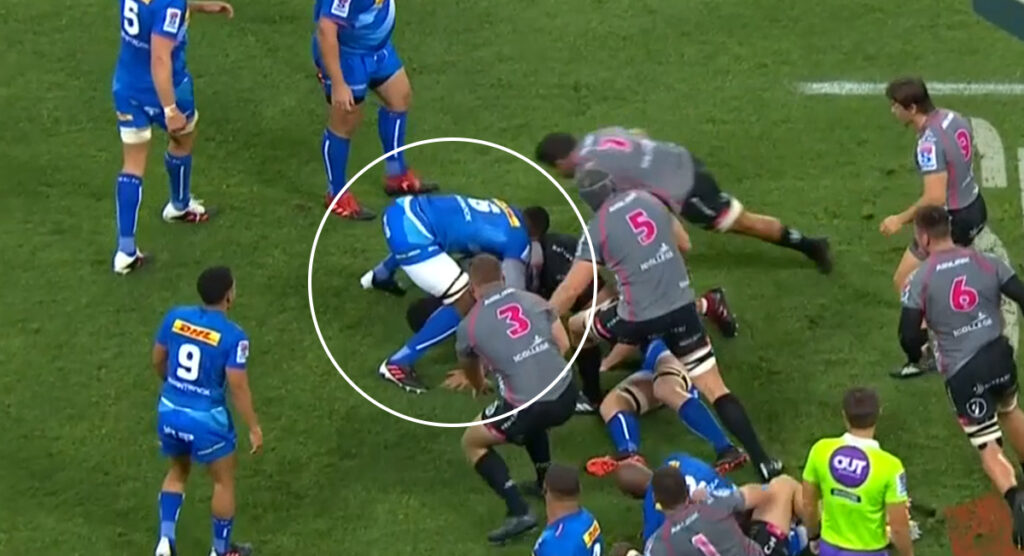 The injury to Springbok captain Siya Kolisi is not as bad as it was initially feared to be, after footage of a dangerous clearout was spread online after the Super Rugby Unlocked match between the Stormers and the Pumas on Friday night.

Kolisi was on the wrong end of a cleanout at the ruck as he attempted to steal the ball, and bent back badly with the force of two players.

While it looked nasty, the consensus was that it was not malicious at all and simply part of a contentious part of rugby. In the same match, Pumas number ten Eddie Fouche picked up a far more serious injury in a similar manner.

What are your thoughts on these cleanouts which caused potentially serious injuries for both Siya Kolisi and Eddie Fouche?#SuperRugbyUnlocked #PUMvSTO pic.twitter.com/KuFkDMzrfh

Former Springboks Ryan Kankowski concurred that there was nothing wrong with it.

Nothing wrong at all 👌🏽

While former Cheetahs and Dragons second rower Rynard Landman was even more adamant about it.

Nothing wrong with either.! Should use them for educational videos on how to clear the zone…! 👌🏼 good coaching

The injury sustained was a grade one hamstring tear, so Kolisi will be out of action for the next game, against the Bulls at Loftus Versfeld this coming Saturday. He may be out for up to three weeks, but the injury is not more serious than that.

“Luckily, it is just a grade-one hamstring so he will be out for between two and three weeks,” John Dobson, Stormers coach said.

Fouche, who was also injured in the match, is expected to be out of action for up to nine months.

“You want to encourage guys to be able to go in to steal to get the turnover, but I just think there could be more protection for the jackaler,” said Dobson.

“We saw Siya getting injured from a cleanout, Bongi snapping his hamstring [previuosly], Eddie Fouche suffered a horrific injury. It is cause for a bit more inspection.

“When you’re going off you feet, you do so with massive weight and momentum … it is a concern, I though the laws were going to project the jackaler more,” he added.

“Here we go again….. dangerous – has and will cause premature ends to players careers.”

Before being injured, Fouche was part of setting up a lovely try for the Pumas, earning them the Play of the Week.