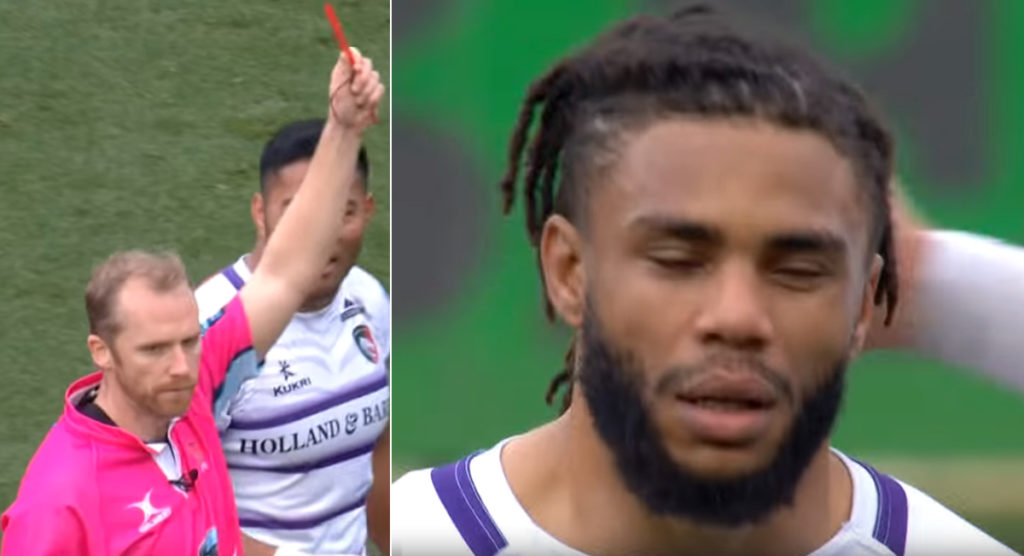 Eastmond was charged with committing a dangerous tackle contrary to Law 9.13 when he tackled Bristol’s Ian Madigan with an unfortunate shoulder to the head.

While Madigan appeared to be lowering his body position as he made the pass, Eastmond’s shoulder made contact with his head and face.

Eastmond plead guilty to the charge and was suspended for four weeks by the independent disciplinary panel. He is free to play again on 1 January 2019.

Independent panel chair John Brennan said the following of their decision: “The player accepted the charge and accepted through his representative that the entry point was mid-range due to there being direct contact to the head of the opponent.

“The panel acknowledged his plea, his remorse for the incident and his apology but could not give the player full mitigation of 50% due to his having been sanctioned for dangerous tackling last season. As such, the entry point was reduced by two weeks rather than three.”

The Eastmond tackle is at 32 seconds in, but there is a nice Manu Tuilagi try just before that