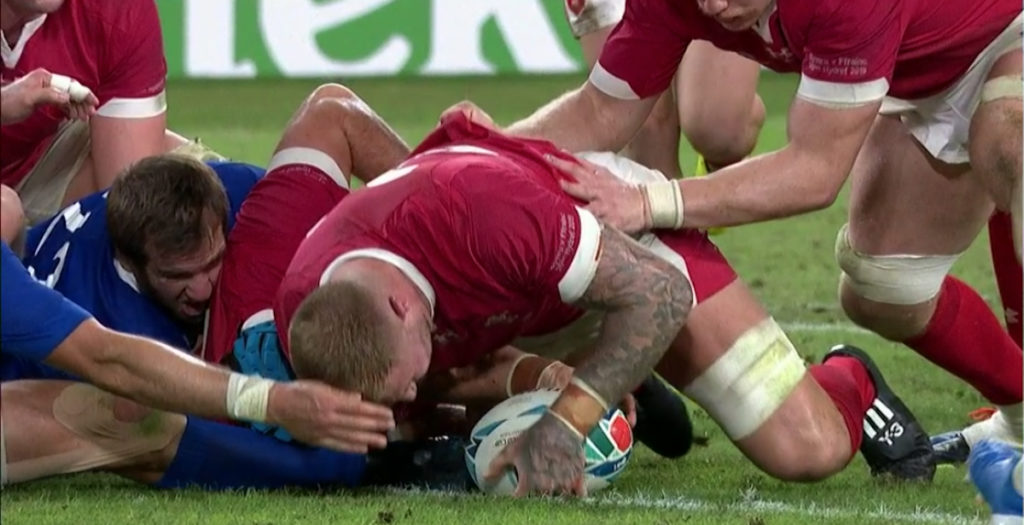 Welsh number eight Ross Moriarty scored the decisive try against France in their 20-19 quarter-final victory over France in the World Cup on Sunday.

Wales had a defensive scrum deep inside the France half in the 74th minute when flanker Charles Ollivon was stripped of possession by replacement scrum half Tomos Williams.

However as the ball was squeezed out of the arms of Ollivon, the ball appeared to travel forward into the hands of Justin Tipuric but the try was still awarded following a TMO referral.

This late try secured a fantastic comeback for the Welsh after conceding two early tries against French in Oita, Japan.

Full match highlight are available below: