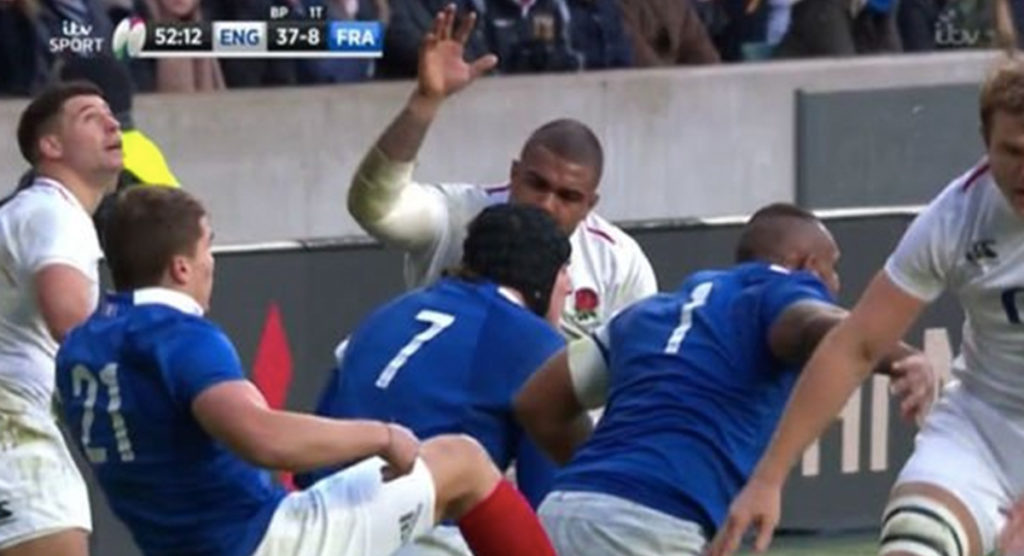 Kyle Sinckler is quickly building a solid front row resume, both for Harlequins and England. That being said, the tighthead is also known for letting his emotions get the better of him on occasion. This time he found himself on the wrong side of referee Nigel Owens.

France were no match for England on Sunday as the men in white claimed a 44-8 victory on the back of a Jonny May hat trick. One notable talking point from the match was the incident that occurred between Sinckler and French forward, Arthur Iturria.

“I did speak to you back in the last scrum about rugby values… The footage I’ve got there is you smacking him in the scrum cap when there’s no need to do it. You can play as hard as you want but you play fair and you play within the values of the game… Let that be the end of it. fair enough?”

Many have pointed out that Iturria was not completely blameless under the circumstances. However, Sinckler was guilty of the careless retaliation and was justifiably warned.

No doubt Wales will have noticed that Sinckler has been unsettled in both Six Nations matches thus far and could look to exploit it. In round one, it was Sinckler and Peter O’Mahony exchanging pleasantries.

👀 Nigel Owens laying down the law@owen_faz doing his best to keep a straight face 😂#GuinnessSixNations pic.twitter.com/CaZrc7ZXYm

Round One Dust-up with Peter O’Mahony: