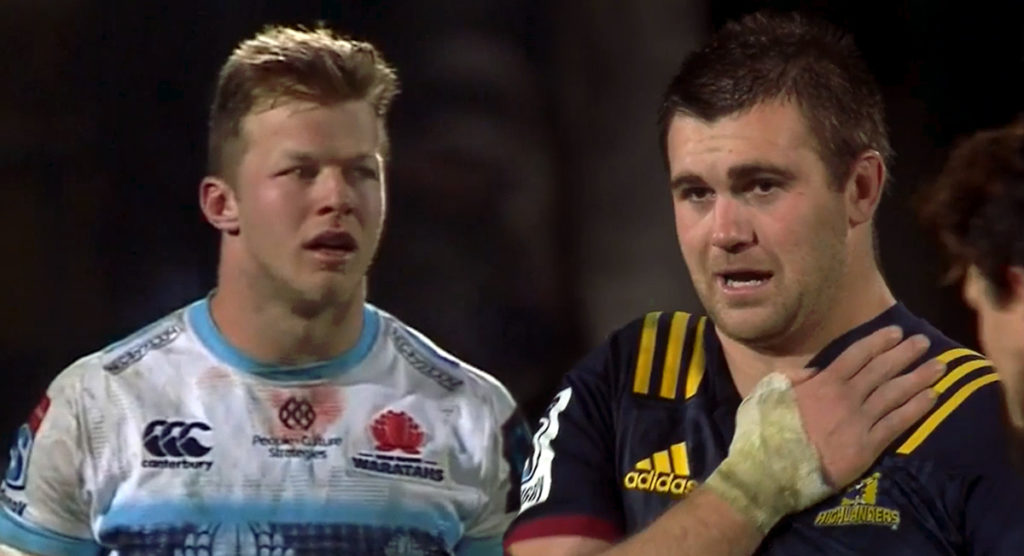 In only his second appearance this season, All Blacks and Highlanders flanker Liam Squire had a huge game against the Waratahs in Invercargill on Friday.

The blindside flanker has suffered from hip and knee injuries all season, but made his return last week against the Bulls, and was making his home return against the Australian outfit.

The Highlanders went into the game knowing they needed a bonus point win if they were to make the playoffs, but still were reliant on the Lions losing on Saturday and the Chiefs winning against the Melbourne Rebels without a bonus point.

They did all they could, and were 42-7 up at half-time, with Squire showing no rustiness after such a long absence.

The Highlanders ended up winning 49-12, with Squire playing just under 50 minutes. But in that time, the 28-year-old laid down the marker to Steve Hansen ahead of the Rugby Championship and the World Cup in the coming months. He ran and tackled with a lot of aggression, making some key breaks.

This first half tackle on winger Cam Clark summed up his performance:

Despite being clattered, Clark was unscathed but Squire had to leave the field worse for wear after the hit.

Regardless, it was a powerful shift and one that impressed onlookers at an important time in the season. With the Chiefs’ Sam Cane also making a return in the past weeks from a broken neck, Hansen will have fewer worries for the months ahead.

Like Sam Cane with the Chiefs, Liam Squire showed tonight that a big AB can transform a team. #HIGvWAR

Wow. That’s a sight for sore eyes, Liam Squire dashing away like that to ignite the Highlanders. Somewhere Steve is smiling.

In what was a big day for both the Highlanders and the Waratahs (who also had a very slim chance of making the playoffs), many Highlanders players stood up, and Squire was one of them.

The All Blacks number 6 shirt is there for the taking in 2019, and although it is late in the season for Super Rugby, the 23-cap Squire must certainly be a contender now.