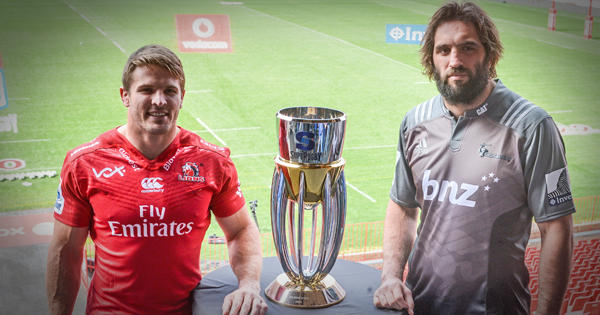 Following a thrilling come from behind Lions victory over the Hurricanes last weekend, Saturday’s Super Rugby final in Johannesburg is set to break the all-time attendance record of a 61,823 crowd, set in Sydney at the 2014 Super Rugby Final.

Tickets for the match reportedly sold out within two hours of going on sale earlier in the week.

The Lions, runners-up in 2016 to the Hurricanes, are appearing in their second successive Super Rugby final and will be keen to add their name to the Champions list for the first time. The Crusaders are the most successful team in Super Rugby history having won the Super Rugby title seven times.

As with the Lions, they are unchanged for the final, following their semi final win over the Chiefs.

Springbok flanker Jaco Kriel will again lead the Lions side in the injury absence of regular skipper Warren Whiteley, who is battling with a groin problem.

Last Saturday’s thrilling victory over the Hurricanes was also the 15th consecutive home win for the men in red, which extended their record for a sequel of consecutive wins.

The statistics and record-breaking feats aside, the match will also be an emotional affair for the team, their loyal supporters and especially coach Johan Ackermann. The Final is his farewell game after in charge of the Emirates Lions before he heads to Gloucester in England, with assistant coach Swys de Bruin set to take over the head coaching duties.

If the scores are tied after full-time, then the teams will play two extra halves of 10 minutes each with a break of five minutes in-between. After that, it will go to sudden death, then penalty kicks.

Ahead of the final, South African rugby writer Brenden Nel got some match predictions from various rugby pundits from around the globe. You can watch that below