Ma'a Nonu banned for that elbow reaction against Lyon 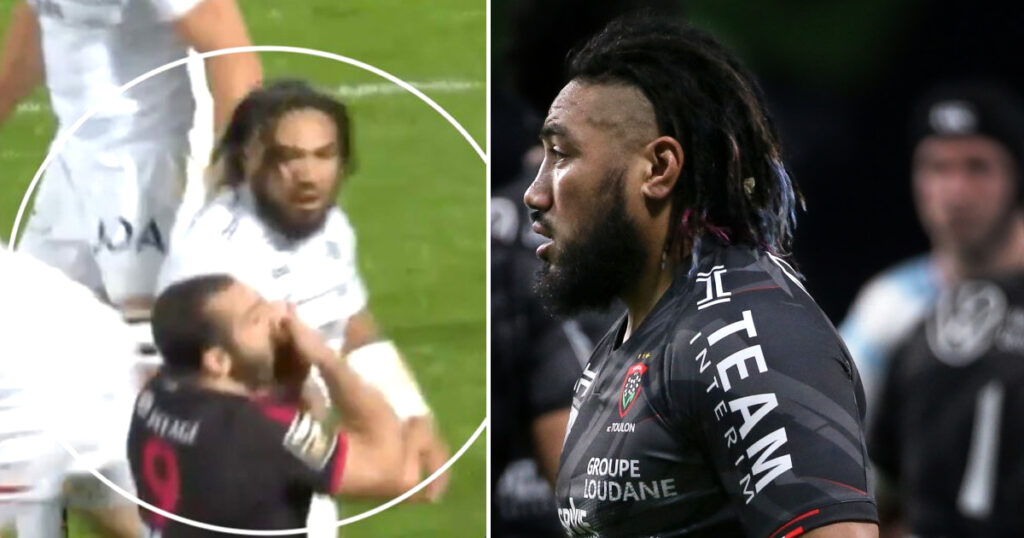 Toulon back Ma’a Nonu has been suspended following the red card he received against Lyon for lashing out at scrum half Jean-Marc Doussain. He faced a disciplinary hearing last night.

The Lyon scrum half dropped his shoulder into Nonu as the Toulon centre ran past him in the first half, which instigated a naughty forearm from Nonu to the face of Doussain.

Doussain then milked it by falling to his knees holding his face in front of the referee which led to a straight red for Nonu, while the scrum half was also shown yellow for instigating the situation at Matmut Stadium.

Jean-Marc Doussain was shown a yellow card for his actions. 🟨 pic.twitter.com/MFis2Tem6v

Toulon, therefore, had to play more than half the game with a man fewer, leading to a dominant 54-16 win for Lyon.

At the disciplinary hearing, the All Black great was found guilty of “brutality” and in particular for “Punching or hitting with the hand or the arm”.

An entry point of six-weeks was applied, but in view of mitigating circumstances including his acknowledgement of guilt and expression of remorse, the sanction was reduced to a 3-week suspension.

Due to the schedule of matches currently being uncertain, the exact date of his suspension, and matches he will miss, will be communicated later.