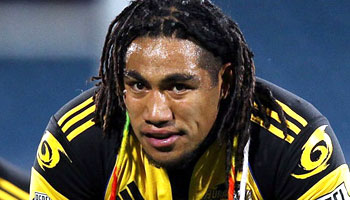 Super Rugby kicked off earlier today with the Highlanders beating the Hurricanes 14-9 in a scrappy affair in Wellington. The home side played most of the second half with fourteen men after Ma’a Nonu was sent off with a second yellow card.

The opening game of the tournament started with less action than was expected, with the halftime score sitting at a fairly evenly poised 11-6 to the Highlanders after a try and two penalties were scored by Lima Sopoaga on debut.

Ma’a Nonu of the Hurricanes was sent to the sin bin after 30 minutes when Stuart Dickinson ran out of patience and yellow carded the All Black for killing the ball at the breakdown.

Ten minutes off, then ten minutes on, Nonu seemed to get up to charge down a kick, pulled out, and lent in with the shoulder on Highlanders halfback Jimmy Cowan, who fell to the floor and milked it for all it’s worth.

Confirmation of that was when Cowan later popped up with a huge smile on his face, to the point of laughing at the booing in the crowd when seeing himself on the big screen.