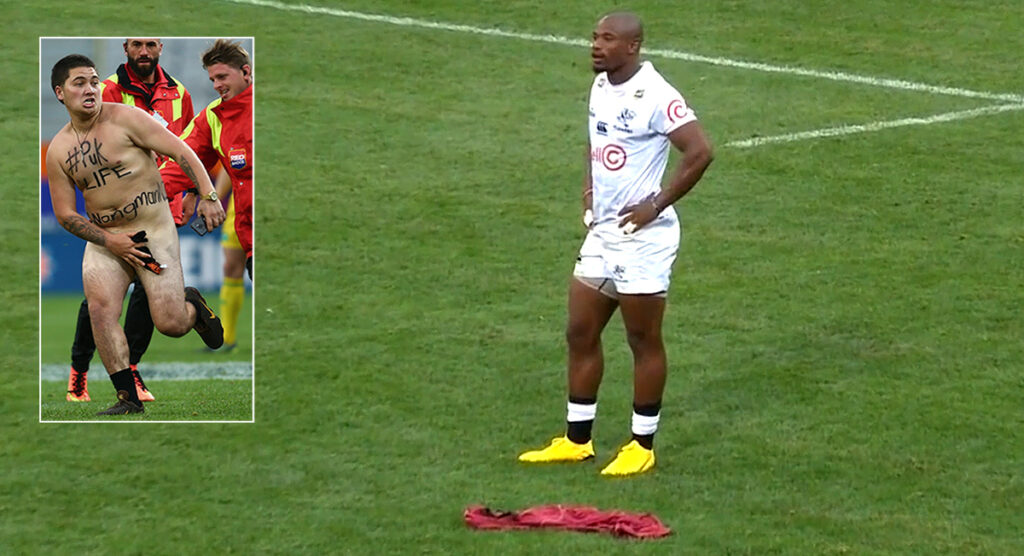 The Sharks continued their fine form with their second convincing win in succession in round two of Super Rugby in Dunedin. They led 27-3 at the break, before coming out 42-20 winners at the final whistle.

Springbok Rugby World Cup final hero Makazole Mapimpi crossed for two tries in the first half, showing his try-scoring prowess as he finished well after some neat play by number eight Sikhumbuzo Notshe, who made two fine offloads.

Shortly after the break, as the two teams set for a scrum, a member of the crowd took to the field, stripping off in comical fashion before streaking away downfield.

Mapimpi’s face said it all, as play stopped and the front rowers seemed to ask referee Angus Gardner why he didn’t have a go at tackling him.

The Highlanders came back with two tries early, but the Sharks couldn’t be stopped as they ended with five tries in total, as dynamic young fullback Aphelele Fassi also picked up a brace.

You can catch all the match highlights below