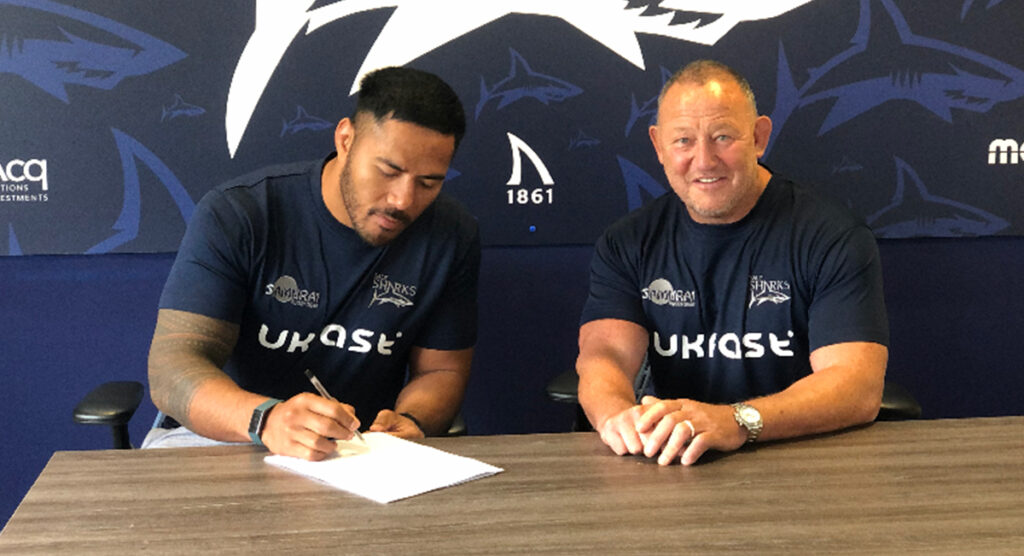 Sale Sharks have today confirmed the signing of powerful England centre Manu Tuilagi. Tuilagi makes the move after being released from Leicester Tigers last week, amidst a host of departures for the club.

29-year-old Tuilagi has agreed to join Sale Sharks until the end of the 2020/21 Gallagher Premiership season.

The 17-stone Samoan born powerhouse has 43 England caps and will link up with the Sharks at their Carrington Training base today (Monday 13 July).

Manu, who joined the Leicester Tigers Academy at 15, follows in the footsteps of his older brother Andy who spent three seasons at Sale Sharks between 2008 and 2011.

“We contacted Manu’s agent and Leicester Tigers last week to discuss the player’s current position. After discussions on Friday, all parties – Leicester Tigers, Manu Tuilagi and Sale Sharks – agreed that the player was a free agent and was able to enter into negotiations with another club.

“Manu will be a fantastic commercial and playing addition to our squad and I am looking forward to seeing him join up with the lads at Carrington this week.”

Could he be the man to lead them to a #GallagherPrem title? 🏆