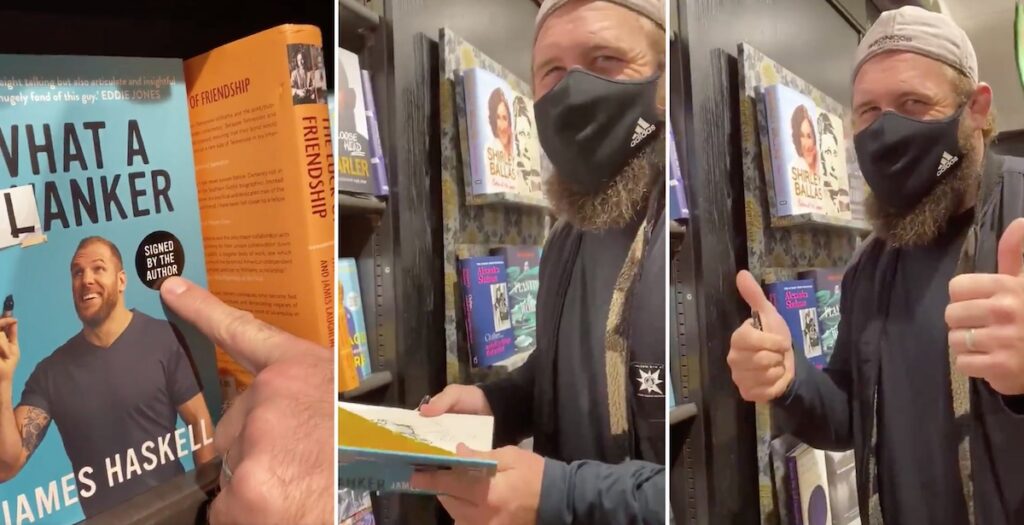 England prop Joe Marler has been battling it out with Wasps legend James Haskell over the recent launches of their books.

Marler has been visiting book shops and defacing Haskell’s book What a Flanker, which launched earlier this month, and posting some hilarious videos on Twitter.

However Haskell hit back at the Harlequins font-rower by visiting a Waterstones and adding his own stickers to the cover of Marler’s book Loose Head, which also launched at the start of October.

The stickers read “Buy one get nine free” and “Not as good as What a Flanker” which may surprise some rugby fans browsing the aisles.

How long these shenanigans will go on for is hard to tell, but it certainly provides a good laugh.

The best way to take down the king of social media…… cheat! @jameshaskell pic.twitter.com/4YE66tU0qx

Hasn’t even got the minerals to @ me in his revenge attempt…….. 💦 💦 💦 @jameshaskell https://t.co/pqvjEDHhLX