Maro Itoje demonstrates a new level of annoying against Leinster 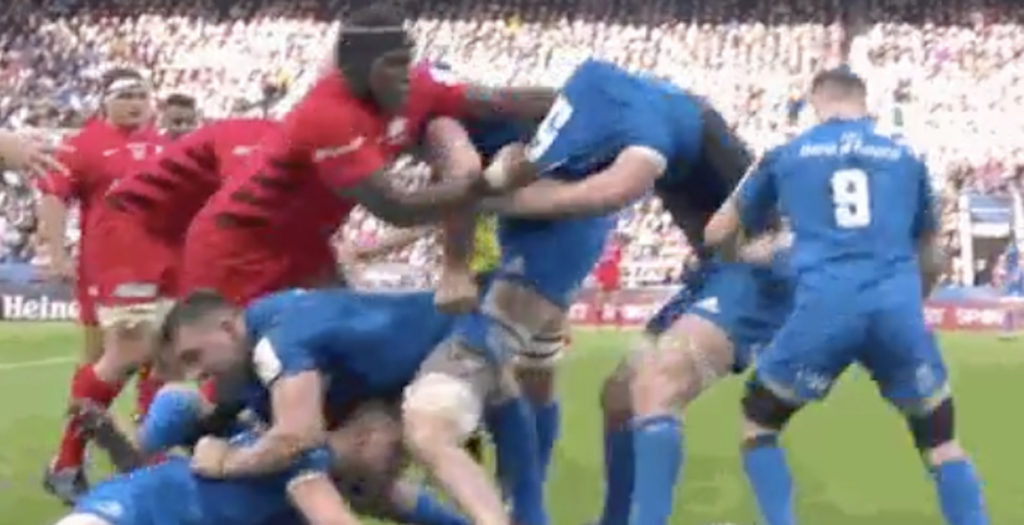 England forward Maro Itoje played a key role in Saracens’ Champions Cup triumph over Leinster on Saturday and was contender for man of the match.

The 24-year-old made 26 tackles throughout the game at St James’s Park but he also did a good job of getting under the skin of the Leinster players.

Pulling on the shirt of an opponent at a breakdown is often a good irritation tactic, but on Saturday Itoje managed to do it to four different players in the same ruck.

Robbie Henshaw, Jack Conan, Devin Toner and James Ryan were all victims of Itoje’s disruptive play and given Saracens went on to win 20-10 and lift their third Champions Cup title, perhaps it’s an effective tactic.

Itoje now has 27 caps for England and given his current form, his name is probably already on the list for Eddie Jones’s squad for this year’s World Cup

Full highlights are available below but may only be available to UK viewers: