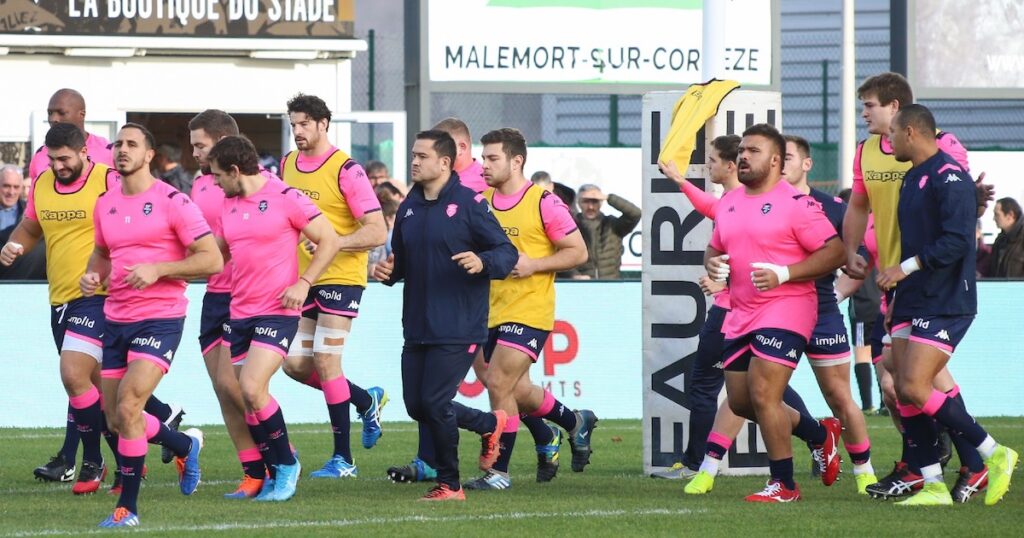 A pre-season friendly between Stade Français and Brive which was set to be played ahead of the new Top 14 season has been called off after the Parisian club confirmed a number of its players tested positive for COVID-19.

Reports in the French sports newspaper L’Équipe revealed earlier in the week that several Stade players had been tested for the coronavirus, with the club confirming in a statement that an unspecified number of players were affected following a training camp in Nice.

France has recently reported the highest number of COVID cases in two months.

“The mandatory weekly Covid-19 test carried out by professional players at Stade Français Paris has been positive for some of them.

“The latter, asymptomatic, were immediately isolated and placed in quarantine in accordance with government directives and the instructions of the ARS. New tests will be carried out on Monday.

“New information will be given by the club depending on the evolution of the situation.”

L’Équipe suggested in their report that up to 12 Stade players tested positive for the virus, although the club have not divulged the exact figure.

It comes after three confirmed positives were recorded at another Top 14 side, Lyon, while second division clubs Provence and Angoulême also reported positive cases.

In the latter, the club said that: “The player concerned has been placed in [a fourteen-day] quarantine from the release of the [test] results. The club has strictly applied the protocols of the Ligue National de Rugby.”

The Top 14, which had its 2019-20 season prematurely ended due to the outbreak of COVID-19, is scheduled to begin on the opening weekend of September, with Stade Français set to face Bordeaux-Bègles.