Mathieu Bastareaud's nasty forearm strike will get him banned for months 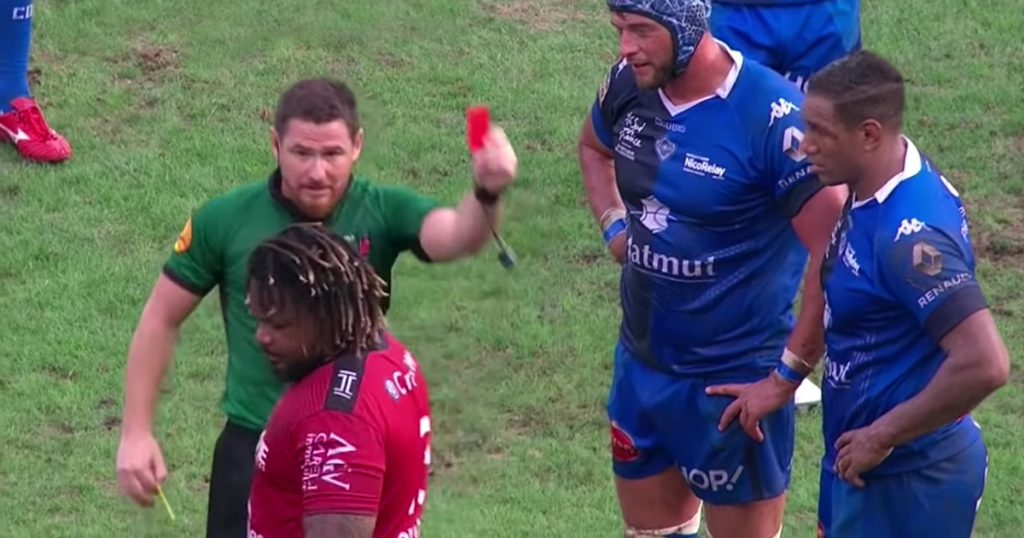 France international and Toulon captain Mathieu Bastareaud has found himself in trouble once again, this time for slamming his forearm into the head of Castres’ lock Christophe Samson during their Top 14 clash on Sunday.

Although Toulon edged out the 28-27 win, they could potentially be without the services of their star centre in the coming weeks.

It appeared the massive Bastareaud took exception to being tackled from an offside position in the ruck and took his frustrations out on the prone Samson.

It was an extremely dangerous move, one which was even labelled as “bordering on assault” by some commentators.

I see @BastaOfficiel lost his head for @RCTofficiel with a forearm smash to the head of @samsonchris4 who was lying prone on the floor. As @skysportsmiles said, it was bordering on assault. Shocking act that is indefensible and he should receive, as @WillGreenwood said, a big ban pic.twitter.com/vrQIVtQ0na

Bastareaud was shown a straight red card, while Samson was shown a yellow for his part in the incident. At the time, Castres held a 27-23 lead.

Due to the time of the offence, both teams played with 14 for the last 10 minutes. Castres couldn’t hold under Toulon’s pressure and lost the lead late when Filipo Nakosi touched down with under five minutes to play.

The jury is still out on any suspension Bastareaud could face, but with the occassional blip on his record over time, he’s likely to sit out for a number of months.

You can also watch with English commentary down below, but UK only