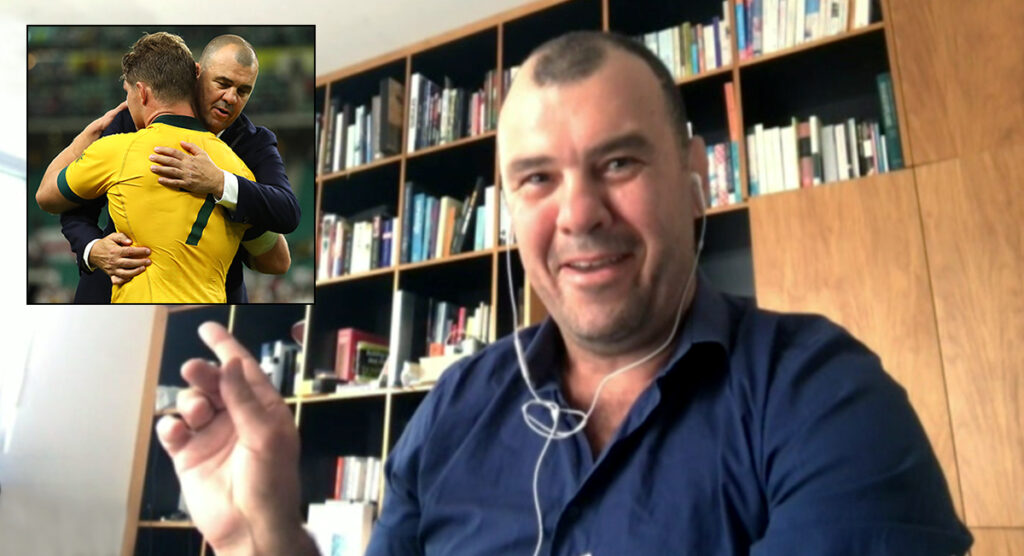 Former Wallabies coach Michael Cheika has opened up on his time with the Wallabies, saying that he was disappointed not to reach all of his goals. He has also said that the ARU should have been better prepared with a TV deal before this year.

Cheika, now having switched over to Rugby League and helping out with the Roosters, had an in-depth chat with Fox League Live on Foxtel about, amongst other things, his five years in charge of the Wallabies.

The coach, who took his team to the 2019 Rugby World Cup quarter final and 2015 Rugby World Cup final, said that he was honoured to coach the Wallabies and is proud of his achievements given the difficult circumstances he often had to face, with injuries and inexperienced players.

“In coaching, you have to be a professional at turning negatives into positives. That was something I really loved doing with those lads, because they responded a lot. I think a lot of them played above their potential,” he said.

WATCH: Michael Cheika on when he played against the All Blacks in 1988

He says he’s not satisfied with all the results though and would have loved to have won a World Cup and Bledisloe Cup.

Cheika also touched on how the Australian Rugby Union should have been better prepared with a TV rights deal before this year. But with the right leadership, he believes they can still make it work.

You can watch the full chat here, courtesy of Foxtel.