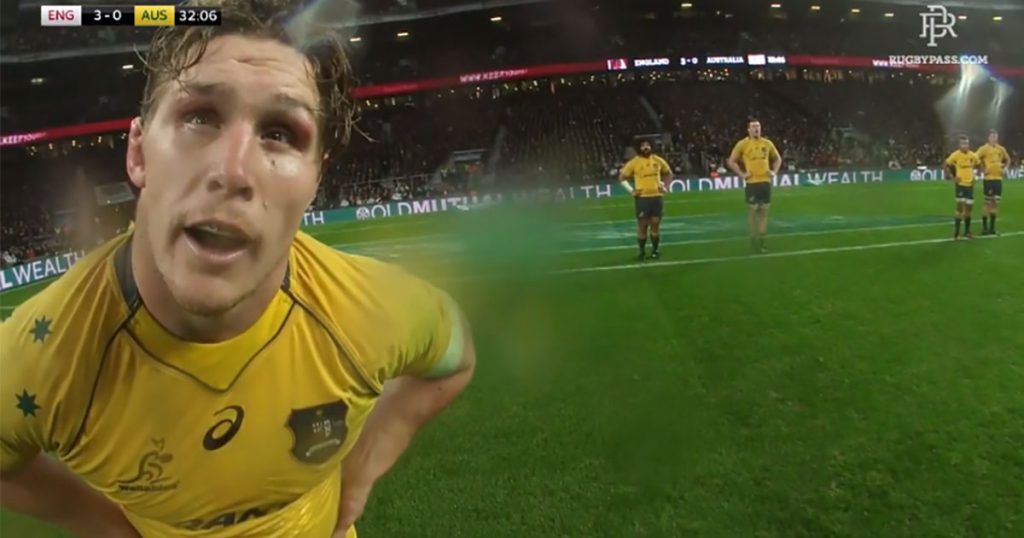 As Australia fell to a 30-6 loss to England on Saturday, one man in particular may find the load harder to bear. When Michael Hooper received a yellow card on the half-hour mark he officially claimed the record for most yellow cards received in international rugby.

Australia were able to cope well enough at the time of their captain’s departure, only conceding three points from the boot of Owen Farrell. However, that will be little consolation to Hooper and his team.

Hooper received his yellow after referee Ben O’Keeffe had seen a number of infractions inside the Australian 22.

Here’s the moment Hooper made history: