Michael Hooper shows why you should always chase a penalty kick 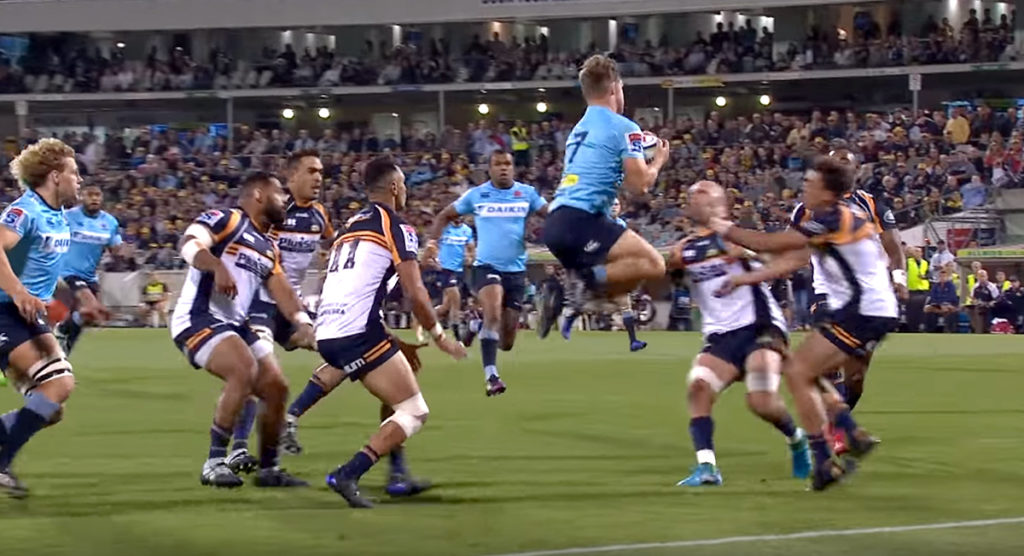 The Waratahs opened the scoring against the Brumbies on Friday in unusual fashion, as Michael Hooper fortuitously took advantage of a poor penalty kick from Bernard Foley.

The Waratahs lost 19-13 in the end to the Brumbies, and perhaps Foley did not have his greatest game with the boot, however, this try almost appeared to be a set move.

This was a fairly basic kick for a player of Foley’s standard, but Hooper, like any good openside, was quick to the scene when it hit the post, and snapped up the ball after the Brumbies erroneously let it bounce.

WATCH: Waratahs back Ryan Cross shows why you should always chase a penalty kick (2011)

With the tactic of drilling the ball into the base of the posts becoming increasingly common in open play in rugby league, union may be taking a leaf out of that book.

However, if anyone did think it was planned, the fact that Foley missed the subsequent conversion suggests otherwise.

How will you watch the next Rugby World Cup?  Enter for a chance to win £100