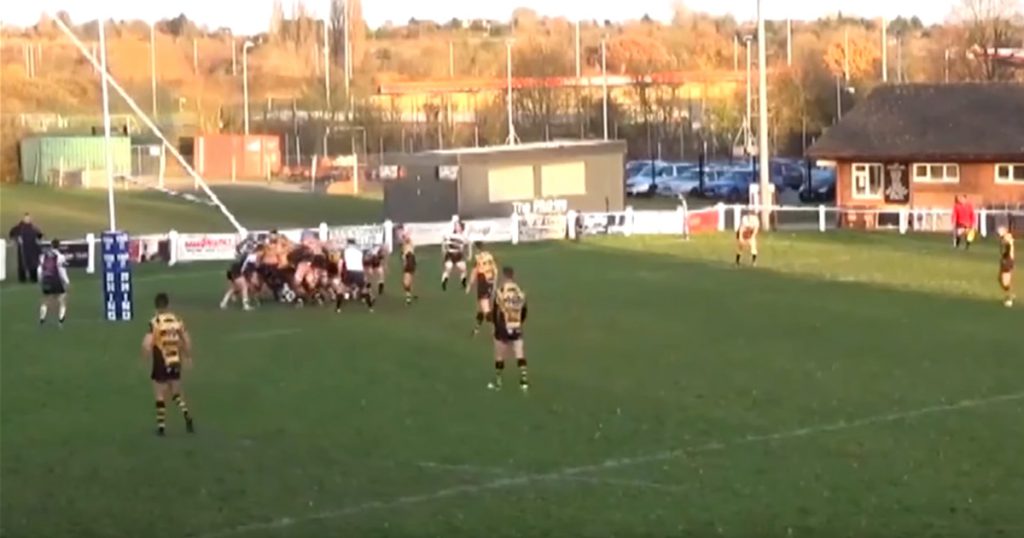 You would never think it were possible, but Hinckley Rugby Football Club’s big boys up front have given new meaning to the term ‘pushover try’. They drove the opposition pack from Luctonians back so far and with so much force, that they took down the posts in the process.

The try was not awarded, and the National League Two North fixture had to be moved to another field, before table-topping Hinckley went on to win the match 52-12.

“I didn’t really think anything of it until the post started falling down, the bloke behind ran for cover and then I just thought ‘well there’s £7,000 gone like that’,” Hinckley’s John Tilley told the BBC.