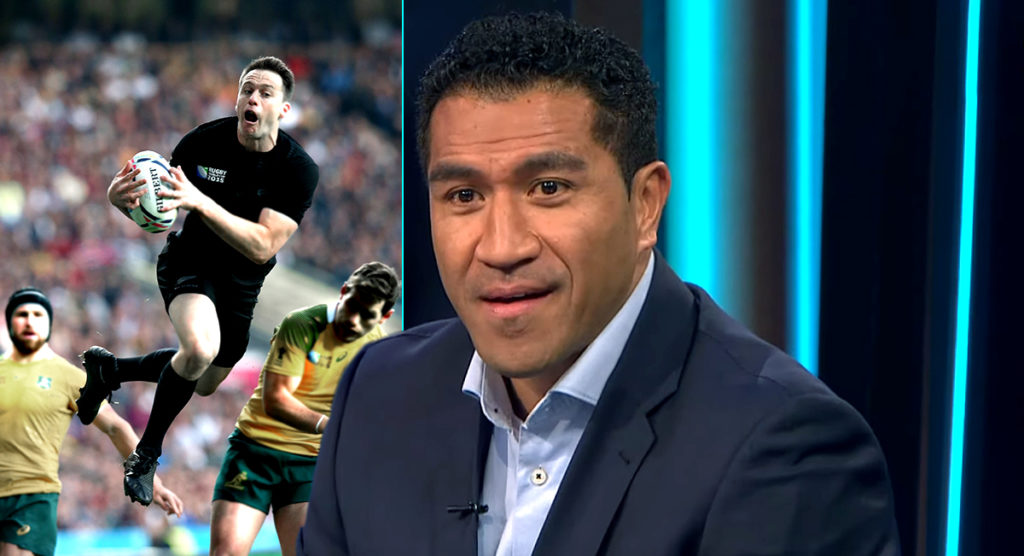 Ahead of this year’s tournament, a fan-driven poll has delivered an all-time All Blacks Rugby World Cup XV, featuring a number of current stars of the game and a few from year’s gone by. All Blacks centurion Mils Muliaina, who did not make the cut, feigned shock but ultimately agreed with the selection.

With only three players in the XV who didn’t play in the 2015 Rugby World Cup final, it’s safe to assume that a lot of the votes came from younger, more active users on social media.

That said, it’s certainly a formidable side, especially with the likes of Lomu, Brooke and Kirwan in there.

Christian Cullen’s omission was one of the main concerns from fans, and then there’s Muliaina, who also missed out.

Keeping in mind it should be based on previous Rugby World Cups, what do you think of the XV?