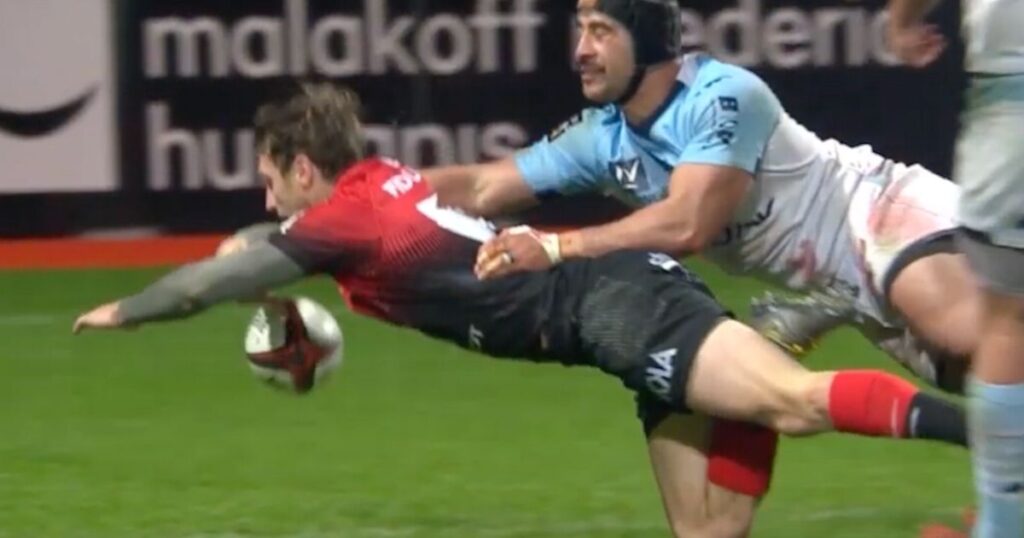 Bayonne may have slipped to a fifth Top 14 defeat of the year away to Toulouse – a match where they also received two red cards – but centre Malietoa Seuili Hingano pulled off a spectacular homage to George Gregan to save a certain try towards the end of the match.

Already being heavily beaten in a game they ultimately lost 45-10, Bayonne showed great heart by chasing down every ball, despite Toulouse continuing the pressure right until the end – they received a penalty try in the 80th minute.

Toulouse had looked like scoring a well-worked try, following some neat interplay between scrum-half Pierre Pagès and flanker Alban Placines, which resulted in the former heading for the line.

Keen to make sure he didn’t get the ball down, Hingano skilfully slapped it out of Pagès’s grasp just as the scrum-half was about to touch down. Referee Adrien Descottes was right on the scene and rightly called a knock-on from Pagès to save Bayonne, albeit momentarily.

It was a great piece of skill and a testament to the recently promoted Bayonne side, who are coached by former Toulouse hooker Yannick Bru.

And much like Jeff Wilson after Gregan’s audacious slap-down in 1994, Pagès was left looking all rather bemused at the try that never was.