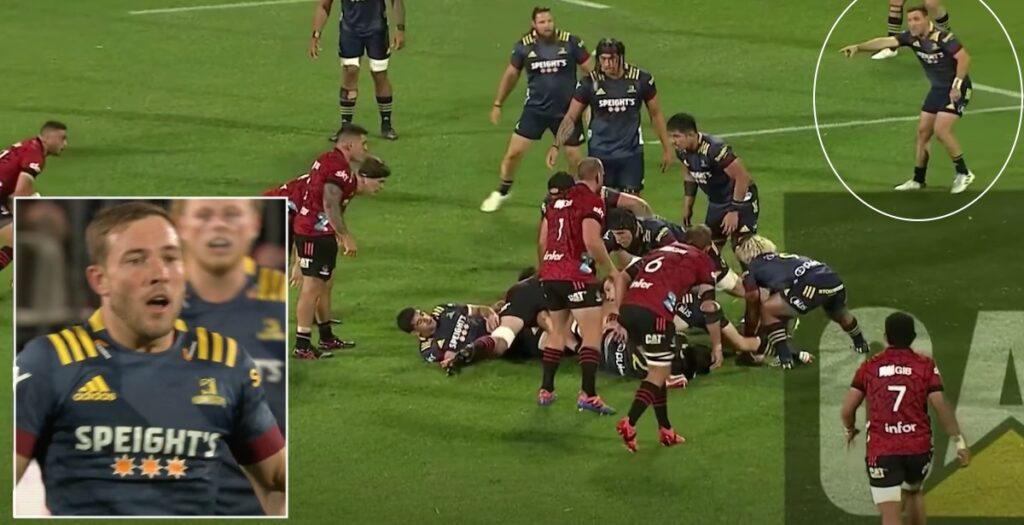 The 25-year-old shaped a clearance kick early on in the second half, but instead dummied and fed full back Connor Garden-Bachop just seven metres from their own try line at Orangetheory Stadium.

After receiving a return offload, Hunt then produced a devastating left-footed step which outfoxed two Crusaders defenders and put him in enough space on the right wing to chip the ball deep inside the opposition half.

Winger George Bridge did well to retrieve the ball for the Crusaders and allow Richie Mo’unga to clear, but the work of Hunt gained the Highlanders at least 70 metres in a matter of seconds.

In the end the Highlanders came away with a fantastic 12-33 win as the Crusaders suffered their first defeat of the season. Full match highlights are available below: