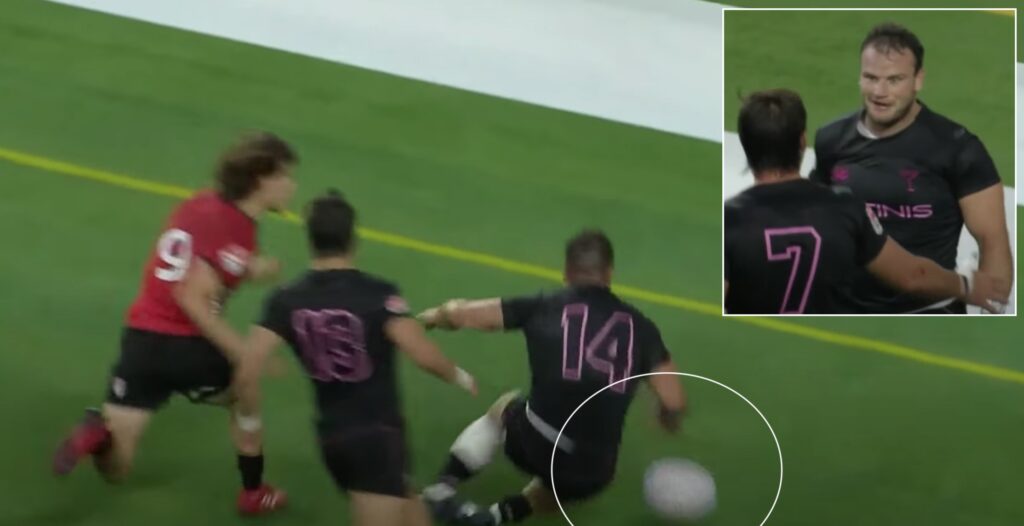 LA Giltinis winger John Ryberg made a complete mess of a try-scoring opportunity against the Utah Warriors by dropping the ball over the line during Saturday’s Major League Rugby clash.

Ryberg was set up for a simple run-in by Wallabies legend Adam Ashley-Cooper but spilled the ball just before dotting it down at the Sofi Stadium in California.

All day I’ve had this reoccurring vision of the 2031 @rugbyworldcup Final being held at @SoFiStadium in LA.

Despite celebrating the try, the referee eventually ruled it out and Ryberg was denied the five points. However fortunately for the winger the Giltinis went on to win the match 38-27 and full highlights, including Ryberg’s blunder, are available below: