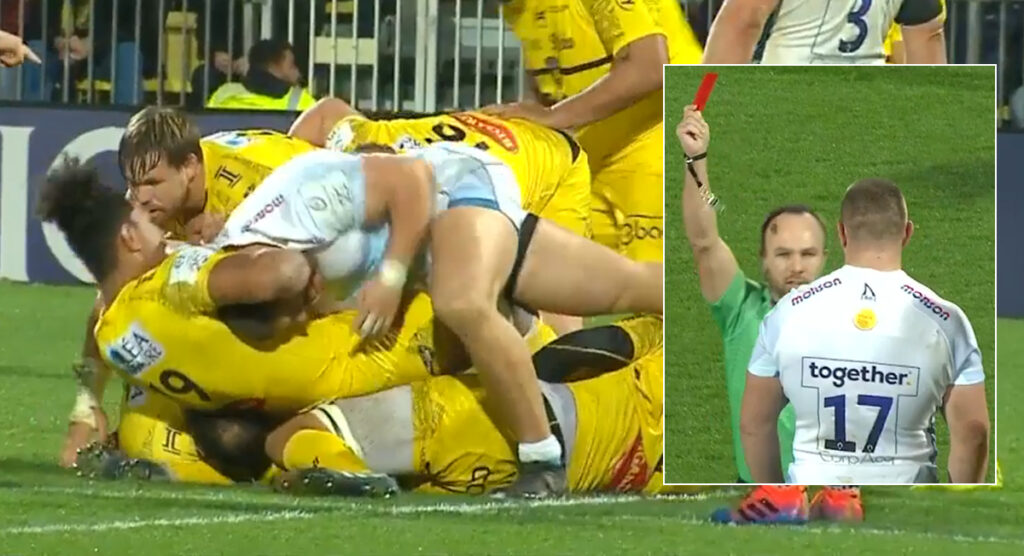 Sale Sharks prop, Valery Morozov, has been suspended following an independent Disciplinary Hearing in London today after he was red carded in the Heineken Champions Cup, Round 5 match against La Rochelle at the AJ Bell Stadium.

The two came to blows at the breakdown, as Morozov drove into him before the former Wallaby got him in a headlock, as they both fell to the floor.

Morozov retaliated with a shoulder to the face, which was ultimately viewed as contravening Law 9.12, Striking with the shoulder.

An independent Disciplinary Committee upheld the red card decision, finding that Morozov had made contact with Timani’s head in a dangerous manner. It then determined that the offence was at the mid-range of World Rugby’s sanctions and selected six weeks as the appropriate entry point.

There were no aggravating factors, and taking into account the considerable level of provocation by Timani prior to the incident, as well as the player’s guilty plea and clear disciplinary record, the Committee reduced the sanction by the maximum of 50% before imposing a three-week suspension.