Munster miss out on home quarter-final due to...Ed Sheeran?!

Over the course of 2020-21, sports venues missed out on countless amounts of revenue due to fans not being allowed in stadiums. Now Munster rugby fans find themselves locked out of their own stadium again, but this time not due to a global pandemic, but a pop singer.

Munster’s home ground Thomond Park Stadium is known for its incredible atmosphere, the electric buzz of the place, and the songs sung by the Limerick faithful driving the red of Munster forward. The 25,600 capacity stadium is also famed for the absolute silence when kickers are aiming for the posts.

“What’s so special about Thomond Park? The crowd. Simply the crowd. The atmosphere is electric. Of all the places I’ve played, playing with Munster at Thomond Park is what I’ve enjoyed most.” 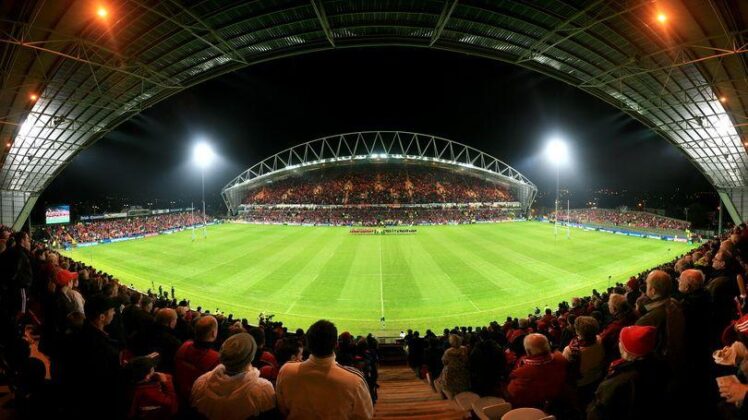 Thomond Park has been booked to stage artist Ed Sheeran on May 5 and May 6 for his concerts. These dates coincide with next month’s Champions Cup quarter-final tie against Toulouse. Although they haven’t been given an exact date the match will be played, they are expected to take on the French club between 6-8 May. As such this will not give the ground enough time to recover to a playable standard.

“While it wasn’t a decision that was made lightly, we have been vocal in our support for securing large-scale concerts for the venue for several years,” said Philip Quinn, the club’s Chief Operating Officer.

“It has been nine years since we hosted concerts of this scale and we are fully aware of the huge economic benefit to the local economy, along with the stadium itself, that these concerts bring.”

This has meant the game has needed to be moved to Dublin’s Aviva Stadium, the home of Irish Rugby.

🏉 Munster’s #HeinekenChampionsCup quarter-final against Toulouse will take place at the Aviva Stadium on the weekend of May 6/7/8.

Whilst that doesn’t sound like a particularly bad result for fans, it will mean for the loyal fans a journey of roughly 120 miles to support their team.

The Aviva Stadium is better known for hosting the Irish national side, and larger games for the Dublin based Leinster side.

Whilst it is clearly important for Rugby clubs and governing bodies alike to recoup monies lost by the pandemic, one has to wonder…could this have been better planned?

Only time will now tell if Munster can use the increased capacity at the Aviva stadium to muster up a home advantage against the former European champions.