Namibian winger suffers rib-breaking collision then gets sent off 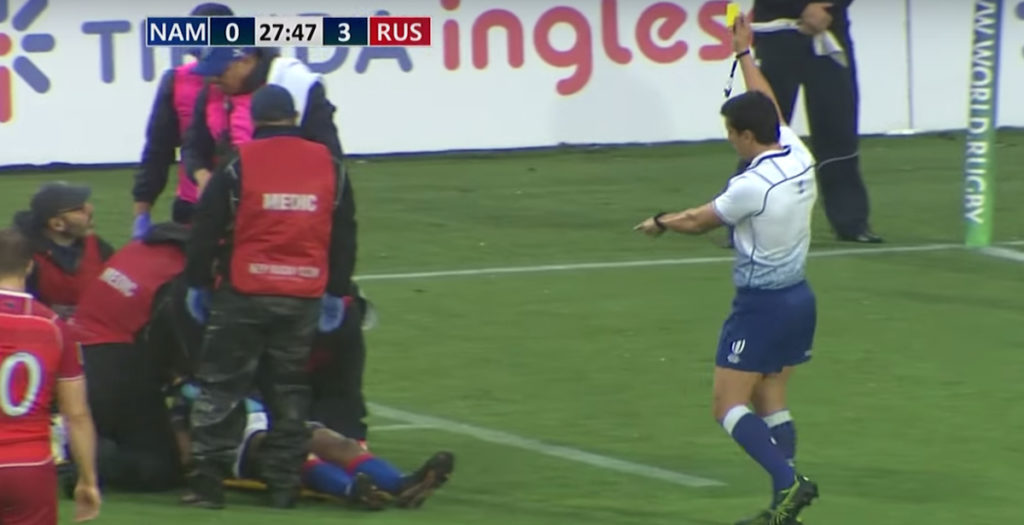 Namibia winger Dumarcho Hartung received a yellow card as he was stretchered off the pitch during Saturday’s Nations Cup game against Russia.

Hartung collided with Russian winger Vladislav Sozonov in the air as they competed for a cross field kick and Sozonov’s knee hit Hartung in the ribs which required medical attention.

However things got worse for Hartung, when the referee deemed he was not in a reasonable position to catch the ball and because Sozonov landed on his side, Hartung was showed a yellow card as he lay on the stretcher.

Russia went on to beat Namibia 20-0 in Montevideo while Uruguay retained the Nations Cup with a 28-15 win against Argentina XV.

Watch the full incident below: