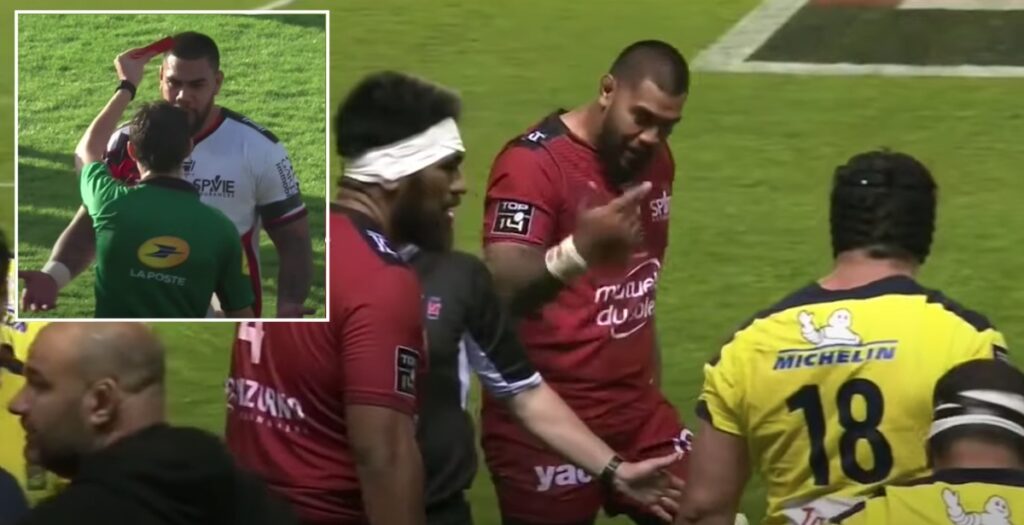 French international Romain Taofifénua is renowned for being one of the dirtiest players in the Top 14 over the past decade.

The Toulon lock stands at almost 6ft 7” and weighs 133kg making him an enforcer for the French giants on the pitch but he doesn’t always stick within the laws of the game.

YouTuber Andrew Forde has put together a fantastic montage highlighting Taofifénua’s moments of madness in the French top domestic league including punches, kicks, shoulder charges and even a trip.

Taofifénua has earned 19 caps for France since making his debut in 2012 and has made more than 200 appearances in the Top 14 between Toulon and Perpignan.