The HSBC London Sevens has just finished after a beautifully sunny weekend of festival rugby.

Since arriving back on the men’s Sevens circuit Fiji, Samoa and the All Blacks have treated us all to their tremendous style of fast-paced sevens rugby.

Circuit leaders South Africa have struggled to put together a decent run of form lately, and once again found themselves without silverware after another disappointing competition.

Fiji found themselves on the losing side of a terrific match against the All Blacks in the main semi-final, but went on to win the bronze final 31-26 against a spirited Samoan side.

Shortly afterwards, the favourites for the title New Zealand took their place on the Twickenham turf to face up against ‘local’ rivals Australia.

A tight game saw Henry Paterson take the lead for Australia in the 7th minute before the All Blacks quickly responded with a try from Akuila Rokolisoa.

Leroy Carter the New Zealand number 10 then found space behind the Aussie backline to take the men in black into the lead for the first time in the match. 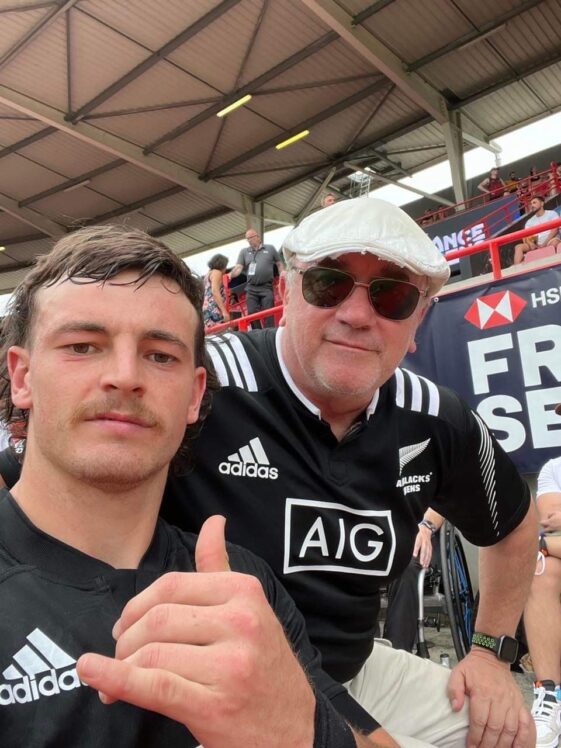 However, this didn’t last long as Patterson touched down for his second try of the match to bring the score to 14-14.

The score remained level as the game reached its typical conclusion. Being the final it then resulted in a golden point scenario.

The golden point wasn’t to last long at all. No sooner had the coaches flipped the coin to decide which end to go, Patterson had flown over to score in the left-hand touchline.

A hattrick for the Aussie speedster has placed them in a great position to win the overall circuit as it draws to a close.