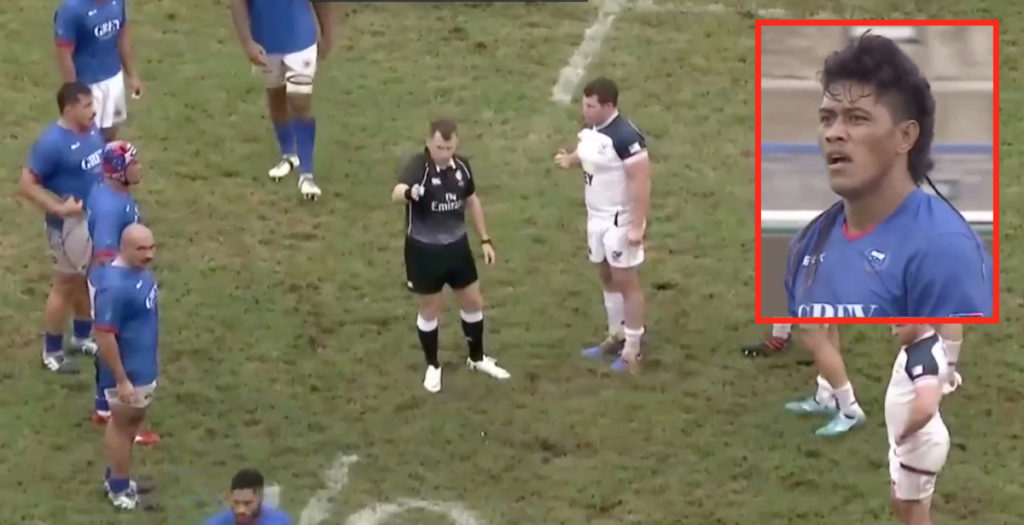 International referee Nigel Owens made an unfortunate error during the game between Samoa and the USA on Saturday which cost Samoa a try and possibly the game.

At the end of the first half Samoa’s right winger deliberately intercepted the ball with his foot before regathering the ball and running under the posts from 50 metres out.

However Owens had already blown his whistle for a scrum after confusion between himself and his assistant referee led the Welshman to call a knock on.

The veteran official apologised to the players but considering the game was won by a penalty from AJ MacGinty with the last kick of the game, this was a significant moment in the game for both teams.

The game finished 13-10 to the USA meaning the Eagles are top of Pool A in the Pacific Nations Cup. The full match is available below and the incident can be seen on 1:28:50.