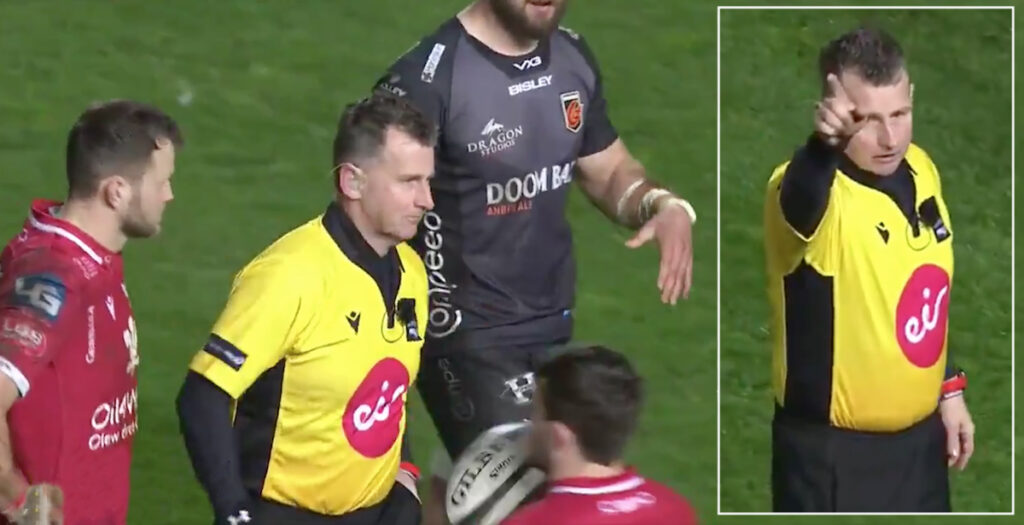 Legendary referee Nigel Owens added to his extensive comedic moments during a Pro14 match on Friday night by forgetting his cards.

The 49-year-old was in charge of Scarlets vs Dragons at Parc y Scarlets and after sending Dragons lock Matthew Screech to the sin bin in the second half, realised he’d forgotten his cards.

Owens admitted his blunder with a smile on his face and told Screech to depart the field before he was eventually given another set of cards to officially send the lock to the bin.

The incident left the commentators in stitches and Owens has an extensive collection of hilarious moments on the field which have built up throughout his illustrious career with the whistle.

The Welshman recently announced his international retirement having refereed his 100th Test match in November and Owens will go down in history as one of the game’s true greats.