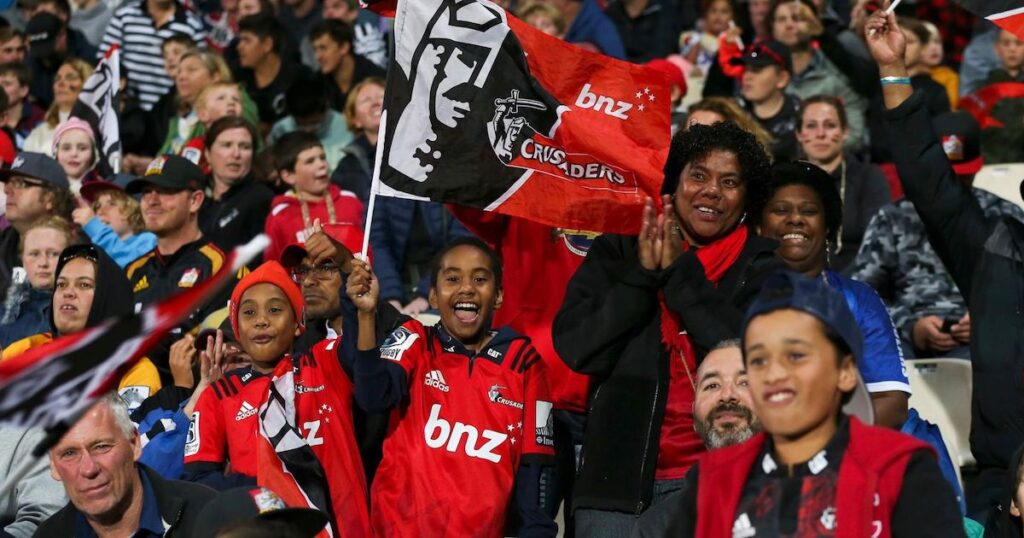 This weekend’s New Zealand based Super Rugby Aotearoa tournament will feature no limits on crowd sizes, organisers have announced, making it the first competitive sporting event to be hosted with mass gatherings since the COVID-19 outbreak began.

New Zealand was one of the first countries to close its borders amid the coronavirus pandemic, and was among the first in the world to ease its lockdown, having recorded just 22 COVID-related deaths.

Such progress has allowed Super Rugby Aotearoa to take place, in which all the New Zealand franchises are pitted against each other.

Moving to Alert Level 1, the announcement from the New Zealand government allows restrictions on mass gatherings, including in stadiums to be lifted. The Highlanders play the Chiefs at Forsyth Barr Stadium in Dunedin, while the Blues face the Hurricanes at Eden Park in Auckland.

Kick-off times have also been adjusted in accordance with the new legislation, meaning that Saturday’s games begin at 7:05pm and Sunday’s at 3:35pm, allowing as many fans to attend as possible as well as limiting the stress on visiting teams.

Chris Lendrum, the head of professional rugby at New Zealand Rugby said: “With the return of community sport, we wanted to give our many fans involved in Saturday sport time to finish up their games, get ready to head out, and then across town to our venues. We’re excited to be able to provide some daytime Sunday rugby in 2020.

“With the change to Level 1 our teams can now prepare normally for matches, rather than asking them to fly in and out on match day.”

Crowds are back for Super Rugby Aotearoa

Crowds are back. WE ON 😎

While New Zealand is already in a position to allow spectators back into stadia, the RFU’s Director General Bill Sweeney believes that the UK Government should consider relaxing its social distancing rules, which Sweeney says could earn the federation up to £12 million.

Current guidelines from the UK Government says that people must keep a two metre distance in public spaces, but Sweeney believes that even reducing this to one metre social distancing, match attendance can be quadrupled.

“If you use two meters apart, then in reality this represents a secure space of four meters around each spectator,” he said. “With one, it’s one meter all around, which has the effect of quadrupling the capacity.”

“If you use two meters in a stadium with 80,000 seats and you take into account the movement of people, for example if someone wants to use the toilet without passing in front of another spectator and without touching it, this reduces your ability to 9,000 to 9,500 seats, “said Sweeney.

Sweeney did maintain that the RFU would comply with UK Government regulations but would seek “clarification on whether the two metre rule should be one metre.”

Crowds allowed for Round 1 of Investec Super Rugby Aotearoa

👏🏽👏🏽 We've done it NEW ZEALAND!! Jacinda Ardern's announcement is music to our ears 🏉We'll have crowds for Investec #SuperRugbyAotearoa from Round 1⃣ 👉🏽 bit.ly/37bgCx9