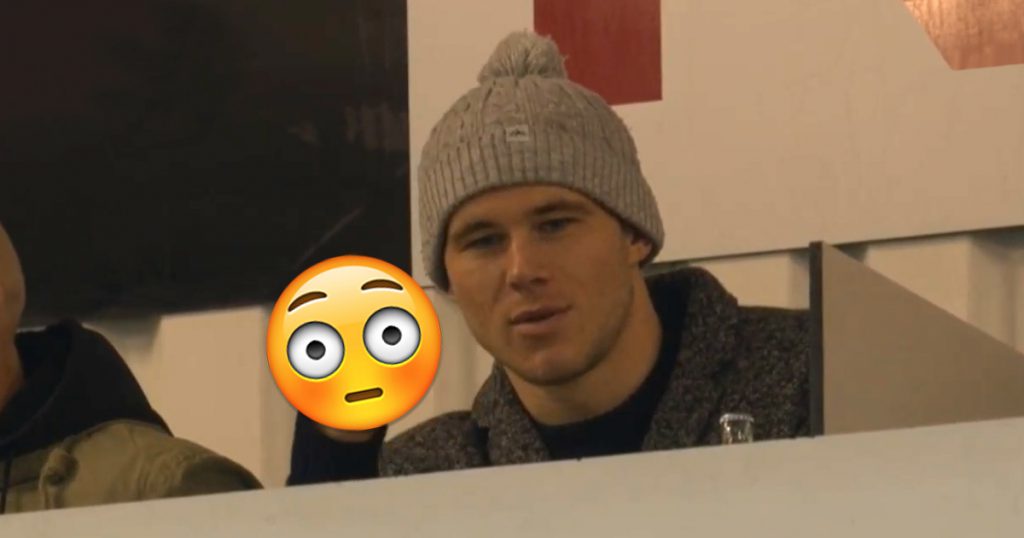 Gloucester back Jason Woodward has apologised after he was caught making an “immature” gesture on live TV during the Anglo Welsh Cup match against Ospreys. The New Zealander tweeted about the incident post match, after it rubbed a few viewers the wrong way.

The BT Sport cameras landed on Woodward, watching from the stands, just as he was ‘communicating’ with a friend by possibly suggesting an after match activity. It was clearly a bit of banter, but the commentary team were shocked and felt the need to apologise, more than once.

Woodward looked sheepish as he realised what he had done, so apologised later.

“When you get caught joking around with a mate on telly… I apologise to anyone watching at home for any offence caused,” the former Western Force and Bristol winger tweeted.

When you get caught joking around with a mate on telly.. ???? I apologise to anyone watching at home for any offence caused. pic.twitter.com/osgKmplfWh