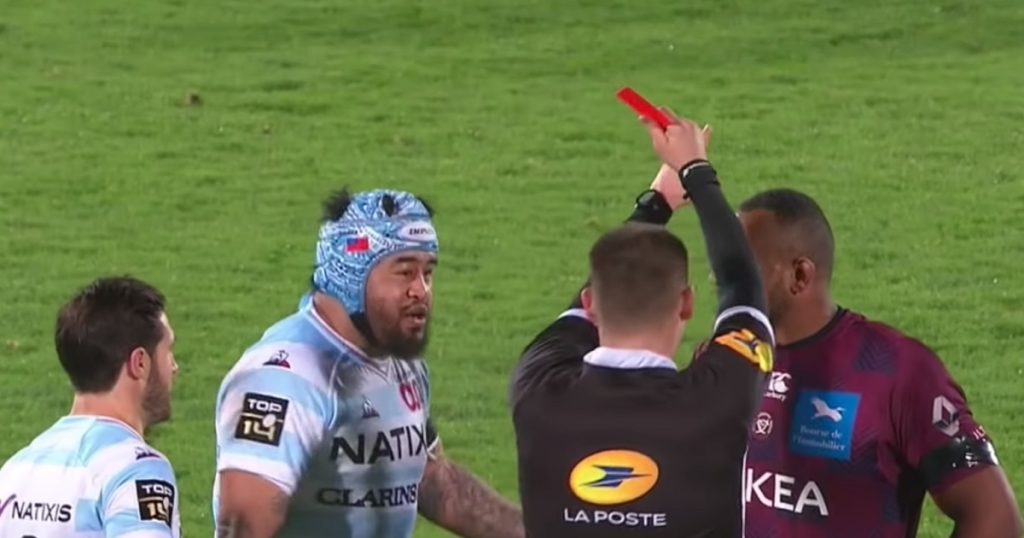 Racing 92 slumped to a fifth Top 14 defeat of the season to fourth-placed Bordeaux-Bégles at the weekend after losing Samoan hooker Ole Avei to a red card early in the first half after a shocking tackle on Jean-Baptiste Dubie.

It was a horrible shoulder-to-head incident after which the former Bordeaux man was rightly sent from the field. It left the Parisian side with too much to do, with Bordeaux romping clear for a 40-7 victory on home soil.

Avei will face a disciplinary hearing as is mandatory with all card offences, but may be in further trouble if the panel deem his language towards the referee Vincent Blasco-baqué inappropriate.

The Samoan, capped 34 times for his country and who is the nephew of Australian international winger Digby Ioane, was heard to call Blasco-baqué’s decision to dish out the red card as “bullshit”, something which may get the player into hot water on top of any other sanction.

The incident was clearly reckless and dangerous and one which on reflection, Avei should have no problem disputing the outcome.

Dubie was knocked out in the clash, with both Racing and Bordeaux players urging the referee to stop play. The Bordeaux team medics were also seen to remove Dubie’s mouth-guard as the centre came round.